The World In Review 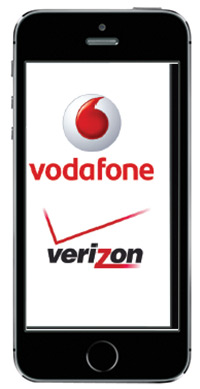 08 November, 2014
Print this article Font size -16+
Joining Assets
2013 has been a bit flat with respect to deal-making. Though the year saw the $130-billion Verizon Communications-Vodafone deal — which is by far the biggest of the year, the overall number of deals globally fell by around 10 per cent. The year also saw a rise in the levels of investor activism, which deal-makers say has resulted in delays, leading to scuttled deals. In the US, Michael Dell’s $25 billion offer to take Dell Inc private, as well as the $4.7 billion offer for Smithfield Foods by China’s Shuanghui International were challenged by activists after they were announced. According to M&A tracking firm Dealogic, the tech sector has had the highest deal volume in 2013 with 1,715 deals worth $104 billion, and the telecom sector the highest value, with 233 deals worth $186 billion till 31 October.

State Of Siege
US President Barack Obama has received much flak for his management skills — right from the Affordable Care Act to the 16-day government shutdown. On 1 October, the health insurance marketplace was opened for enrolment till March 2014, but shoppers were hindered by massive tech problems on the website HealthCare.gov. The Act, often called Obamacare, mandates that people must buy health insurance for 2014 or pay a fine. Obama also came under criticism from Republicans for refusing to negotiate with them over the healthcare law. Starting 1 October, the government entered a shutdown, curtailing most routine operations as the Congress failed to pass the Bill that would appropriate funds for FY14. Obama finally managed to cut a deal with the Republicans on 17 October, ending the shutdown and buying time until 7 February 2014.
Abenomics
It’s been a year since PM Shinzo Abe first set out his ambitious turnaround plan for Japan in a bid to jolt the economy out of stagnation. By most accounts, Japan’s bold strategy is working well. Abe increased government spending and installed a central banker with an aggressive monetary policy. Abe even raised Japan’s sales tax. The measures aim to end years of deflation. In a global landscape dominated by slow growth and policy uncertainty, Japan was an unlikely bright spot. Economic indicators suggest the initial stages of Abenomics have been successful, say analysts.

Patent Wars
The two smartphone giants — which account for more than half the world’s smartphones — have been embroiled in a series of patent wars through the year. It started with Apple litigating against Samsung in 2011, which resulted in phones from both makers being banned occasionally. The battle expanded from the US to more than 10 countries across the globe. In June 2013, Samsung won a limited ban from the US International Trade Commission on certain Apple products, but that was overturned. Finally, in November, the South Korean firm admitted to using some elements of Apple’s design, and a US jury awarded Apple $290 million in the damages retrial against Samsung.

High Trends
Thanks to Amazon founder Jeff Bezos, reinterpreting services has gone to a whole other level. Drones, pilotless aircraft, will fly out of military operations in Afghanistan and into people’s homes delivering packages — soon! Australian startup Flirtey has already joined hands with book rental service Zookal to start delivering books by drones next year. Other markets for the aircraft have been identified as bushfire spotting, saving lives by keeping an eye out for swimmers, and even as an agricultural aids; smaller versions are already used for filming, but there are concerns about security and privacy. Seems like in 2014, drones — that have traditionally conjured up dark images of raining down destruction — will get a PR makeover.

On The Bell
Unlike the M&A segment, there has been significant activity in the initial public offering (IPO) arena, especially in the last three months. In October, oil and gas pipeline company Plains GP Holdings raised $2.9 billion. The most recent IPO by Hilton Worldwide Holdings puts it at No. 2 in the year, having raised $2.35 billion. This was a huge boost for the Blackstone Group, which had acquired the hotel operator in 2007, just before the global recession began. The other star was microblogging site, Twitter, which raised $1.82 billion in its IPO — the largest by a technology firm since Facebook’s (which hit 1 million active users in June) debut last year at $14.2 billion.

New Money
Is it real money if it doesn’t come from the mint? There are many naysayers but for bitcoin traders, this was their year. What started off as a little-known digital entity at the beginning of the year became a worldwide phenomenon within 12 months, with people making real money off it. Bitcoin’s value on exchanges shot up from $13 in January to a high of $1,218, and then down to around $500 in December. Experts continue to call it an experiment in monetary privatisation, but it’s one that’s worth billions. Once users have mined enough bitcoins, the digital currency can be used to order a host of goods and services, which also opens it up to the risk of fraud.

Making News
This year, global print media has been making headlines for selling out at a bargain. The Washington Post, founded in 1877, was sold to Amazon for just $250 million. Red Sox owner John Henry picked up The Boston Globe for $70 million (NYT had bought it for $1.1 billion in 1993). Newsweek was sold for the second time, this time to the International Business Times for an undisclosed sum. These figures particularly stand out, given that Yahoo bought the microblogging site Tumblr for a massive $1.1 billion. But 2013 ended on a heartening note, with Newsweek’s new owners indicating that they may restart the print edition in early 2014.