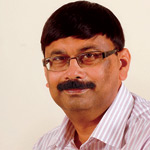 The telecom revolution in India has followed a tortuous path. It started off as an elitist service offered by a few firms and with call charges that only the rich could afford. Then, after the licence-fee structure moved from upfront fees to a revenue sharing arrangement, many businessmen jumped into the fray. There were controversies galore with each change in policy but each year, mobile phones and services became cheaper.

In the past few years, the cellphone has become ubiquitous. Drivers carry them and so do maids, plumbers, electricians and sundry tradesmen. It has improved business prospects for them. Fishermen have started carrying mobile phones to get alerts on fish prices in different markets, and weather updates.

All this has happened because of competition. Over the years, dozens of players have entered the field. Their entry has ensured a healthy growth in the overall market, and also a network that now covers most of India.

Periodically, the industry has gone through waves of consolidation with bigger players buying out smaller operators. A couple of years ago, the number of major players in the sector stood at seven — which is a large number even for a fast-growing market.

Last year, the government handed out a number of licences to new players, ostensibly to improve rural coverage. At one stroke, the number of national players almost doubled from seven to about 13, and the new players started attacking both the urban as well as rural markets.

The immediate consequence of this is the war that has broken out in the mobile telephony market today. The battle is being fought on various fronts. At one level, price wars have broken out, reducing the calling cost dramatically for consumers. At another level, there is a bitter battle taking place for allocation of additional spectrum at low or no cost.

Spectrum availability and cost will determine the winners and that is why the war at this end is getting particularly nasty. It is in fact a prelude to another battle that will start once the spectrum policy on 3G is finalised.

Read about it in our cover story on page 38 written by senior assistant editor M. Rajendran and correspondent Sunny Sen. India might get more if it offered more and asked for more. But that is not to be.