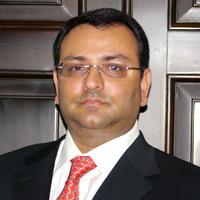 08 November, 2014
Print this article Font size -16+
Chairman of Tata Sons Cyrus Mistry on on 15 July' 2013 said that the group has no intention to leave West Bengal.
"Tatas have never left West Bengal. We will never leave West Bengal as a group," Mistry told shareholders at the AGM of Tata Global Beverages.
Mistry, who chaired the meeting for the first time after becoming the Chairman of Tata Sons last year, succeeding Ratan Tata, declined to make any comment on the Supreme Court's recent observations on Singur.
"The matter is sub-judice and we do not want to discuss at this stage," Mistry told reporters after the meeting.
On July 10, the Supreme Court has asked Tata Motors to make its stand clear on its leasehold rights over the Singur land in the wake of changed scenario as the company had already moved its car plant out of West Bengal.

"The land was acquired for establishing a car manufacturing plant at Singur. Now the purpose is no more there as you have already moved out. Now you cannot say that you still have the interests in the land in question," a bench of justices H.L. Dattu and Dipak Misra said.

The court said that the "land should move back to the agriculturists and we may ask the West Bengal government to file an affidavit on the issue of giving the money back to you which you had paid at the time of land acquisition. In the interests of justice, we think it will serve the purpose."

The court was hearing a special leave petition filed by the West Bengal government challenging the quashing of the Singur Land Acquisition Act by the Calcutta High Court.

Mistry, who addressed shareholders in his new capacity for the first time, said: "It is crucially important to grow our brands in India and overseas. There is also a need for innovations which need funds. Large foundations have been laid which need to be grown."

He said that the company's brands, which included Tata Tea, Tetley, Himalayan water, and 8'0 Clock Coffee were doing very well, along with the joint ventures with Starbucks and Pepsico.

Mistry said that Starbucks has 17 outlets across the country and more would be added.

"In Starbucks, we are in an investment phase. The break-even will come in a couple of years," he said.

The JV with Pepsico would also be strengthened, he said.

Mistry said Tata Global (formerly Tata Tea) would get out of all non-core investments depending upon market conditions and requirement of funds.

Mistry said that demerger of plantations business had made good financial sense for the company.

The demerger had led to increased profits both in the north and south. He said the impact of rupee depreciation had been positive for the company.

Vice-chairman of Tata Global R K Krishna Kumar told reporters after on the sidelines that the company was targeting a revenue of $5 billion in the next three years. He said that Tata Global was looking for acquisitions in the beverages space.

To a query, he said that the share of coffee in the overall portfolio in terms of revenue proportion would rise from the present level of 30 per cent. "Globally, our coffee business will grow," he said.

Managing director of Tata Global Harish Bhat said that the company was looking at both organic and inorganic growth.

Bhat said the company would continue to make investments in Pakistan and Bangladesh to make operations profitable.

The areas of growth would be tea, coffee and water.