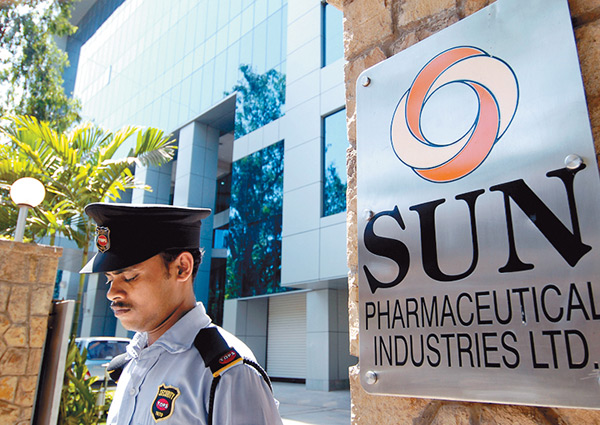 02 December, 2014
Print this article Font size -16+
Sun Pharmaceutical Industries, India's largest drugmaker by revenue, on Thursday posted a 15 percent rise in quarterly net profit, roughly in line with expectations, helped by strong growth in sales in the domestic market.
Sun Pharma's smaller rival Cipla, however, reported a 16 percent drop in its quarterly profit, hit by sluggish growth in income from exports, which accounts for more than half of its revenue.
India's $15 billion pharmaceutical industry makes more than half its sales in the United States, where a slowdown in new generic drug approvals is expected to weigh on sales of the local companies for at least couple of quarters.
Cipla's sales from export of finished drugs rose 0.4 percent in the quarter to end-September from a year ago, while those from exports of drug ingredients fell 34 percent.
Cipla, India's fourth-largest drugmaker by revenue, posted profit of 2.99 billion rupees ($48.63 million) in the quarter to end-September, while analysts on average expected 3.51 billion rupees, according to Thomson Reuters data.
Sun Pharma reported a profit of 15.72 billion rupees for the same quarter, nearly meeting estimates of 15.88 billion rupees.
Sun Pharma, in the process of acquiring rival drugmaker Ranbaxy Laboratories, said it was working on getting approvals for the deal from India and U.S. antitrust regulators.
There may be "minor delays" in closing the deal if approvals do not come in time, Sun Pharma's Managing Director Dilip Shanghvi said in a post-earnings call with analysts. The company had earlier said it expected to close the deal by December.
Sun Pharma agreed in April to buy Ranbaxy for $3.2 billion, betting it could help Ranbaxy fix quality control issues that led to the U.S. Food and Drug Administration (FDA) banning its India-based plants.
However, Sun Pharma has itself faced regulatory scrutiny recently. The FDA banned exports to the United States from its Karkhadi plant in western India in March due to its failure to maintain complete test data records and inadequate staff training.
On Thursday, Shanghvi said that during the quarter the FDA also inspected the company's Halol drug manufacturing plant in western India, and made certain "observations", and the company was taking corrective measures to fix the issues.
(Reuters)
Tags assigned to this article:
news 5 cipla pharma fda sun pharma pharmaceuticals financial results