New Delhi [India], November 29 (ANI): Several lawyers led by Bar Council of Delhi member Rajiv Khosla and senior advocate HS Phoolka gathered outside the Supreme Court in Delhi on Sunday to show solidarity with farmers protesting against the recently passed farm laws and condemn the action taken by the Haryana government.
"Supreme court lawyers have gathered here to stand in solidarity with the agitating farmers. Each and every citizen of the country has the right to protest. It is extremely irresponsible to level allegations against the farmers by saying that they are from this or that political party. They are simple farmers, many of whom are from my own village. What the Haryana government did to the farmers was very wrong. The government should heed the demands of the farmers," Phoolka said. 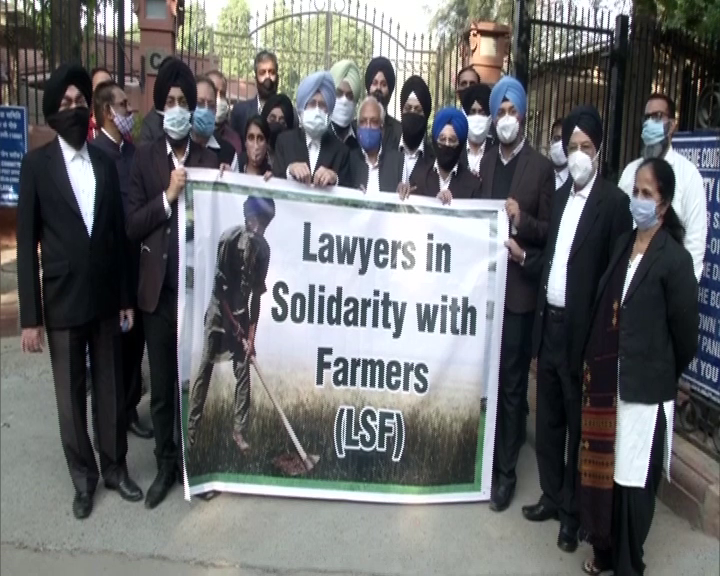 This comes amid the massive Delhi Chalo march taking place in and around the national capital by farmers, mostly from Punjab and Haryana, demanding that the three Centre's farm bills be taken back.
Over the last few days, farmers have been met with tear gas shells, water cannons, lathi charges and blockades by the Haryana Police at the Punjab-Haryana border to stop them from reaching Delhi.
While speaking to ANI, Rajiv Khosla alleged that this was a ploy by the government to ruin the justice system, and that a meeting would be held by the Bar Council on December 4 to discuss the matter.
"This is a 'chaal' (ploy) by the government to ruin the justice system. The government has given power to ADMs and SDMs who are their puppets. They will only give justice to those the government wants to give justice to. Land will go into the hands of powerful people. Our first priority is to help and give justice to those who don't have it," he said. 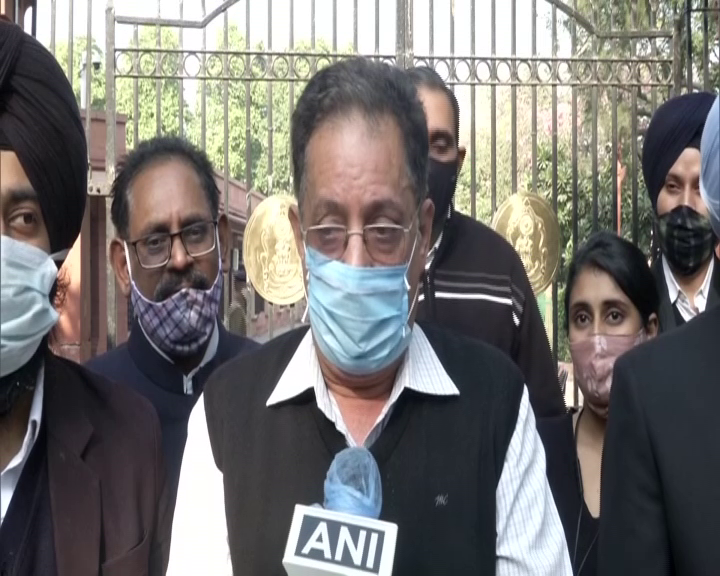 He added, "Potatoes, onions and tomatoes have been removed from the essential commodities list. Do you want the common man to die? They will have to buy onions for Rs 200 per kg. We will not let this happen. The Bar Council will hold a meeting on December 4 where we may decide to hold an all-India agitation."
Earlier in September, Khosla had written a letter to Prime Minister Narendra Modi regarding the jurisdiction of Civil Courts, which had been ousted from the new farm bill and said that the bill is more detrimental to lawyers and litigants.
Meanwhile, farmers held a meeting earlier in the day at the Singhu (Delhi-Haryana) border to discuss the plan regarding the protest. This is a key meeting since farmers are yet to decide on whether they will move to Burari after a request from the Centre.
In a bid to allay fears of farmers, Prime Minister Narendra Modi in his monthly radio programme 'Mann Ki Baat' earlier today said that the agricultural reforms had opened the doors of new opportunities for farmers and gave them more rights.
"Recent agri-reforms have opened the doors of new opportunities for farmers. Decades-old demands of farmers which were promised by many political parties have now been met. Parliament has recently passed farm reform laws after rigorous brainstorming. These reforms have not only broken shackles of farmers but have also given new rights and opportunities to them," the PM said.
The Farmer's Produce Trade and Commerce (Promotion and Facilitation) Bill, 2020 and the Farmers (Empowerment and Protection) Agreement of Price Assurance and Farm Services Bill, 2020 were passed by the Upper House in September through voice vote despite objection from opposition parties. (ANI)