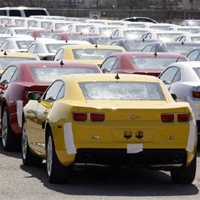 The second quarter of financial year 2009-10 has seen Indian auto make a comeback to growth ways. After a slow 1.3 per cent growth last fiscal, and a steady 4.75 per cent in Q1 of FY10, second quarter (July-September) sales of passenger cars (not including utility vehicles) shot up by 25.4 per cent compared to the same period last year, according to data released by Society of Indian Automobile Manufacturers (SIAM). After including utility vehicles, the passenger vehicle market grew at 23.9 per cent.

Among individual cars, according to dealer despatch data released by J.D. Power, Ford Ikon remained the fastest-growing car in Q2, again thanks to a low base. But the No. 2 of Q1, Toyota Corolla (it saw 93 per cent growth), is out of the top 10, with sales actually falling more than 27 per cent from Q2 of last fiscal. India's top-selling sedan, Maruti Suzuki's Swift Dzire, has replaced it. Hyundai's i10 has usurped Chevrolet Spark, which was the fastest-growing small car last quarter with a growth of 43.5 per cent.

The i10 is now making a serious bid to be India's second-highest selling car (Maruti's Alto is No. 1), with sales close to Maruti's WagonR. So far this fiscal, WagonR has sold 69,912 units, and i10, 67,950 units. It was closer still in the second quarter — 35,070 and 34,016 units, respectively. With both companies going all out with marketing drives, expect a close contest.

Among new cars, the most successful has been Maruti's Ritz, already the company's fifth-highest selling car. In less than five months of its launch, it has become No. 9 (both in Q2 and year to date) among India's top 10 selling cars.

Two cars that slid a lot in Q1 have got their act together, although sales have still dipped. Hyundai's Santro sales fell 2.3 per cent in Q2 (28 per cent in Q1). Maruti's Swift (12.4 per cent slid in Q1), fell only 3.2 per cent in Q2. Both cars are grossing among the highest sales in the industry. Swift, in fact, still has a long wait list.

Another interesting trend in Q2 was the increased gap between M&M's SUVs, Scorpio and Xylo. In the previous quarter, the two vehicles' sales were very similar. This quarter, though, Xylo's sales fell to 6,272 from 7,834 units, while Scorpio sold 10,044 units, up from 8,160.

The next quarter should also see high sales, especially with the festive season still on, unlike last year's Q3 when passenger car sales had fallen more than 11 per cent. "We expect light vehicle sales to average about 170,000 units a month in October-December," says Master. Last year's average was around 108,000. This low base is again likely to result in good growth.