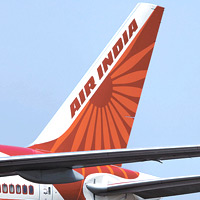 08 November, 2014
Print this article Font size -16+
Air India has generally good cabin service, especially for government dignitaries. It has trouble flying on time sometimes, and once in a while it makes headlines for stranding passengers. But it has not only survived, but managed to make ever larger losses. It lost only Rs 2,226 crore in 2007-08; by 2011-12 it had increased its losses to Rs 7,854 crore. Its losses in the five years were enough to purchase 30 Dreamliners. Normally, airlines buy planes with loans; they manage to borrow on the basis of their projected profits. But such details are irrelevant to Air India; whenever it wants planes, it only has to ask the finance minister, and he gives it a cheque for a few thousand crore. It has a good business model.
The model is not available to the private sector, but there is no reason why those in government cannot dream of an airline. Those in Kerala did so six years ago. They asked Ernst and Young to make a feasibility study, and got an encouraging response. Now they have started dreaming again.

Chief minister Oommen Chandy has announced his intention of going ahead with Air Kerala. Its mainstay will be the Malayalis in the United Arab Emirates and Saudi Arabia who fly back home for holidays and family reunions. If, however, Air Kerala lures away these passengers with promises of uttapam, that will be the death of Air India, for over a half of its traffic and whatever profits it makes come from the Kerala business. It will not, of course, die, for even if it has no passengers other than ministers, the central government will keep running it and paying its losses out of the taxpayer’s pocket. If it loses enough passengers, it may come to resemble a minister’s ideal airline, which would always have a plane, a pilot and an air hostess available at his command. But it would be extremely costly to run; it would be cheaper to give each minister a Cessna Citation Sovereign to fly at his convenience.
Hence if Air Kerala begins to fly passengers between Kerala and the Arabian peninsula, there would be the question of what to do with Air India. The notion that central ministers need the same comforts as Kerala ones is not unreasonable, but one must nevertheless ask if one cannot save the high costs.
The way to save them is statify Air India. It was created in 1953 by nationalising private airlines. If the Centre can take away private airlines, it can equally give away its national airline to a state; after all, all governments, whether central, state or municipal, belong to the people. The central government may want to impose certain conditions: for instance, that the state airline would fly central ministers in the same comfort and luxury as before, that it would continue to serve some of the airports outside the state, and so on.
The Kerala government would have its own conditions. It may, for instance, want an assurance that the central government would continue to finance losses without limit. If it did so, the new airline would be little different from Air India, except for the cuisine and air hostesses’ dresses. It would be better than having two airlines, one owned by the Centre and another by the state, since the management would be unified, but otherwise it would be the same thing.
Still, the transfer would be worth trying if Kerala is serious about its ownership plans. It wants to bring Kerala businessmen settled abroad into the management, and to sell shares to the public. Both would be an improvement on the central government’s current model. Businessmen may bring some commercial expertise; and public shareholders will expect dividends. Air India is today owned by central ministers, who got hold of it without paying a penny. Air Kerala will be owned by shareholders, many of whom will fly with it. Their participation can only improve its quality.
However, if Kerala is allowed to have its own airline, other states will want to have their own airlines. Kerala at least has a substantial bank of captive passengers; not many other states have one, except perhaps Gujarat, Maharashtra and Punjab. So other states would make even bigger losses. And since eventually all state government deficits are paid by the Centre, so will their airline losses. Every loss-making state enterprise offers unfair competition to its private rivals. India has managed to create a reasonably competitive and open airline industry; state airlines can only harm it. This is not just an argument against state government airlines; it is an argument for privatisation, selloff or both of Air India. If ministers find the consequent loss of front seats unwelcome, let the government routinely buy all front seats in all flights, whether it can fill them or not; but let the entire industry be privatised.