Is It Time To Pack Up? 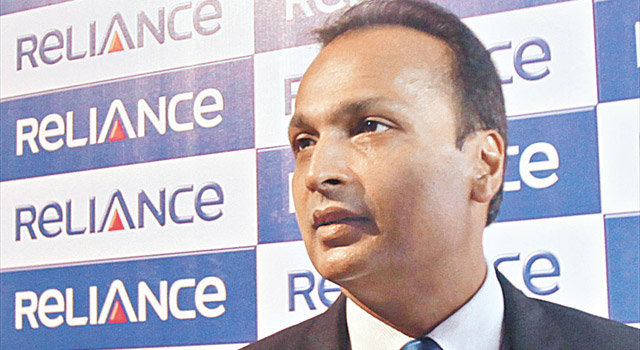 14 January, 2015
Print this article Font size -16+
Nearly a decade ago, in June 2005, Anil Ambani shook up the media and entertainment (M&E) industry when he picked up a controlling stake in film processing and multiplex company Adlabs for Rs 360 crore. He then made clear that M&E would be a priority sector for the Reliance ADA Group. The Adlabs purchase was followed up with high-profile launches of direct-to-home (DTH) operations (Big TV), FM Radio (Big FM), television and a near $1 billion investment in Hollywood through Stephen Spielberg’s Dreamworks studio.
On 15 December, Reliance Capital announced that it had signed a ‘definitive agreement’ to sell Reliance Media Works’ (RMW) 252 Indian screens to the south-based Carnival Cinemas. The deal, a combination of debt transfer and cash payout, will be a Rs 700 crore gain for Reliance Capital.
What has been missed by the mainline media is the quiet closure of over 250 international screens by the group in New Jersey, Malaysia and elsewhere. These had been acquired at peak prices; and with no buyers on the horizon, have been shut down to curtail further losses.
Is it the beginning of the end of Anil’s M&E party? The Reliance Capital statement concedes that the exit was aimed at “reducing exposure to non-core investments in the M&E sector, and reducing overall debt.” Reliance Capital is reeling under a debt burden of over Rs 20,000 crore, while the Reliance ADA Group’s debt is estimated to be over Rs 86,000 crore.
Manmohan Shetty, founder of Adlabs Films, in an earlier interview with BW, had pinned down the problem to reckless expansion through high-priced acquisitions both in India and abroad.
How does the Carnival Group, which has a Rs 700-crore business of trade and export of agricultural produce, intend to develop its multiplex business differently? “For Reliance, this was a small business, and they never paid full attention to it. For us, it is a core area,” the CEO of Carnival Cinemas, P. V. Sunil, told BW. Besides 252 Big Cinemas’ screens, Carnival has also acquired 30 screens of Broadway Cinemas, earlier owned by realtor HDIL. With its own ‘organic’ growth, the company has 310 screens, at third place after PVR’s 410 and Inox’s 358; and the target is 1,000 screens over the next 2-3 years.
As the smaller players leave the battlefield and consolidation sets in, is there a future for multiplexes in the digital world where screens are getting smaller? “Entertainment formats have cycles. I see the return of the big screens, like the days of 70MM, where audiences will want the big theatre experience offering sensory titillation like smell and perfect sound,” says cinema business analyst Amit Khanna.
(This story was published in BW | Businessworld Issue Dated 12-01-2015)
Tags assigned to this article:
magazine gurbir singh reliance anil ambani othertop1 jottings plus magazine 12 january 2015 p v sunil