Washington [US], February 7 (ANI): Days after speaking out against her ex-fiance and musician Marilyn Manson, American actor Evan Rachel Wood further detailed the allegations of abuse, opening up about what she endured throughout their relationship.
Sharing additional detail about the alleged abuse, Wood on Saturday said that she filed a police report last year after becoming aware of a threat about the release of underage photos of herself.
The 'Westworld' actor shared on her Instagram Stories, "On Dec 19th, I had to file a police report after I was alerted to threats made by @leslee_lane and @lindsayusichofficial (Brian's Wife) for conspiring to release photos of me when I was UNDERAGE, after being given large amounts of drugs and alcohol after Brian performed on Halloween in Las Vegas."
The 33-year-old actor went on to share that the photos were being sought to 'ruin my career' and 'shut me up.' 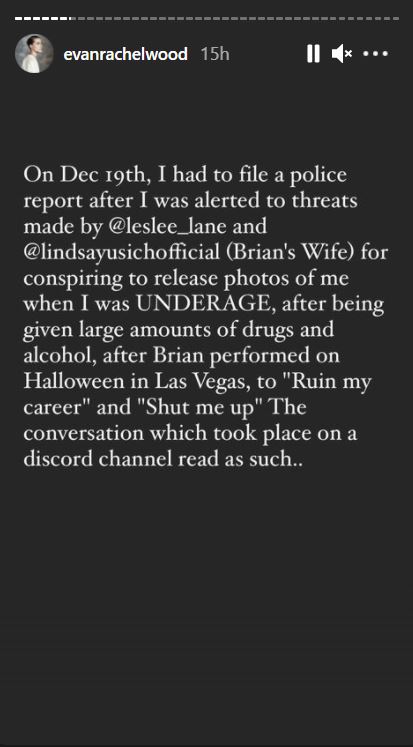 In the Instagram Stories, she also included a copy of the police report, with contact and personal information blacked out. 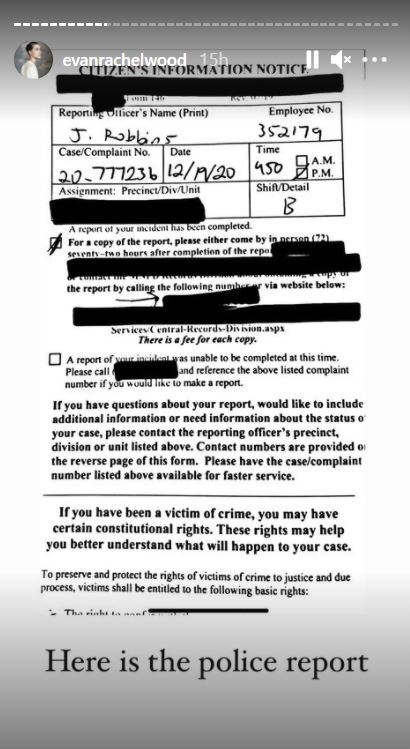 However, Wood does not claim that the photos were ever turned over or that anyone directly threatened her that the photos may be publicly released, as per People magazine.
Wood had on Monday publicly accused Manson of abusing her while the two were in a relationship. However, Manson denied her allegations, claiming that his intimate relationships have always been consensual.
Wood has often alluded to Manson when speaking about being a survivor of domestic violence over the years. Wood and Manson went public with their relationship in 2007 when she was 19 and he was 38. They became engaged in 2010 but broke up later that year.
In an Instagram post on early Monday morning, Wood said, "The name of my abuser is Brian Warner, also known to the world as Marilyn Manson. He started grooming me when I was a teenager and horrifically abused me for years. I was brainwashed and manipulated into submission. I am done living in fear of retaliation, slander, or blackmail. I am here to expose this dangerous man and call out the many industries that have enabled him before he ruins any more lives. I stand with the many victims who will no longer be silent."
Four other women have also come forward with similar accounts of abuse from Manson. Wood also shared similar stories from photographer Ashley Walters, model Sarah McNeilly, an artist who identified herself only as Gabriella, and student Ashley Morgan.
Manson responded to Wood's allegations in an Instagram post on Monday night.
"Obviously, my art and my life have long been magnets for controversy, but these recent claims about me are horrible distortions of reality," he wrote.
"My intimate relationships have always been entirely consensual with like-minded partners. Regardless of how -- and why -- others are now choosing to misrepresent the past, that is the truth," he added.
Wood spoke out about being a survivor of rape and domestic violence in a Rolling Stone article in 2016 and has focused her activism on those issues.
In wake of the allegations against Manson, his upcoming appearances on Shudder's Creepshow and Starz' American Gods were scrapped. The singer's record label, Loma Vista Recordings, also dropped him. (ANI)