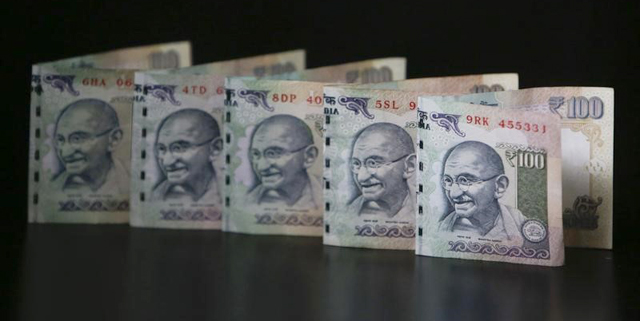 02 April, 2015
Print this article Font size -16+
Indian companies have raised a staggering Rs 58,801 crore through equity markets in the financial year that ended today -- the best funds mop-up since 2010-11 fiscal.
The QIP route was a big hit with as much as Rs 28,429 crore being garnered in 2014-15. QIPs alone account for nearly half of the total sum collected by companies this fiscal.
"2014-15 witnessed a raising of Rs 58,801 crore through public equity markets, double of the Rs 29,381 crore that was raised in the preceding financial year," according to Prime Database.
This is the best equity markets mop up in a financial year since Rs 72,143 crore in 2010-11. In 2009-10, firms mobilised a record Rs 86,710 crore from the same segment.
Firms have tapped Qualified Institutional Placements (QIPs), Initial Public Offers (IPOs), Offer-for-Sale, Institutional Placement Programme (IPP) and rights issue routes to garner funds.
Funds have been raised mainly for expansion of business plans and to support working capital requirements.
In 2014-15, a large chunk of total funds or Rs 28,429 crore was mopped up from QIP route. Besides, fresh capital worth Rs 26,935 crore was raked in through the OFS mechanism.
Despite a rally in the equity market in the current fiscal, there was only eight main-board IPOs witnessed during 2014-15. These companies collectively raised a meager Rs 2,769 crore through public offers.
However, the current fiscal year witnessed a flurry of activity on the SME platform. As many as 38 SME IPOs mopped-up Rs 250 crore in the current fiscal, while 37 companies tapped SME platform to rake in Rs 286 crore.
"The big disappointment has been the near-lack of IPOs.
Despite a stable government coming into power and the resultant buoyant secondary markets only eight main-board IPOs came to the markets," Prime Database Managing Director Prithvi Haldea said.
Further, companies have garnered a total of Rs 6,750 crore through rights issue in the current fiscal, higher than Rs 4,573 crore raised in the preceding year.
The largest rights issue during the current fiscal was from Future Retail (Rs 1,589 crore), followed by GMR Infrastructure (Rs 1,402 crore) and Indian Hotels (Rs 1,000 crore).
As per the Prime Database, the year saw just one IPP of Muthoot Finance, which mobilised Rs 418 crore.
(Agnecies)
Tags assigned to this article:
news 8 indian companies qip equity market