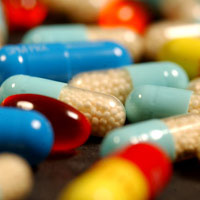 The biosimilar Trastuzumab, which Bangalore-based Biocon said it was jointly developing with US-based Mylan Inc, is expected to be available to Indian patients in the fourth quarter of the financial year that ends in March, Biocon said in a statement.

"The Indian approval is an encouraging milepost as we plan to leverage this data to support regulatory filings in several countries across the globe," Biocon Chairwoman Kiran Mazumdar Shaw said in the statement.

Roche decided not to pursue a patent application for its breast cancer drug Herceptin in India, the Swiss company said in August.

Global sales for Trastuzumab were about $6.4 billion in 2012, including about $21 million in India, Biocon said.