Mumbai (Maharashtra) [India], November 28 (ANI): Actor Bhumi Padnekar on Saturday dropped the first song from her upcoming horror thriller film 'Durgamati'.
The 'Bala' actor shared a short clip from the song on the social media sites in which the actor is seen sharing a romantic space with her co-actor Karan Kapadia. Along with the video, she wrote, "What does love feel like to you? #BarasBaras Out Now! <link in bio> Meet #DurgamatiOnPrime on Dec 11, @PrimeVideoIN". 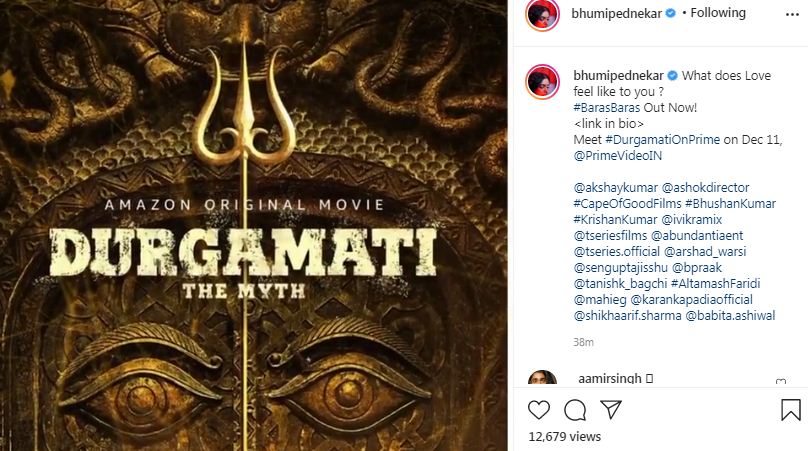 The three minute-twenty one-second romantic melody sung by B Praak, composed and written by Tanishk Bagchi, additional vocals by Altamash Faridi features a budding romance between Bhumi Pednekar and Karan Kapadia in the film which also marks their first film together. The song video with a beautiful cinematic concept also features B Praak; which can also be listened to on a loop to lighten the mood.
The film, directed by Ashok G, presented by Akshay Kumar's Cape of Good Films and Bhushan Kumar's T-Series produced by Krishan Kumar, Vikram Malhotra, and Bhushan Kumar is an Abundantia Entertainment production
The upcoming thriller movie that revolves around the story of an innocent Government officer who is made the victim of a major conspiracy involving powerful forces will release on December 11 on Amazon Prime Video. (ANI)