Washington [US], December 9 (ANI): American singer-songwriter Ariana Grande on Tuesday (local time) teased about one of her upcoming projects by posting a series of black-and-white photos on social media from her 2019 'Sweetener world tour' and tagged Netflix in the posts.
The 27-year-old songstress' fans got to chatting about a possible concert or documentary in the works with the streaming service. 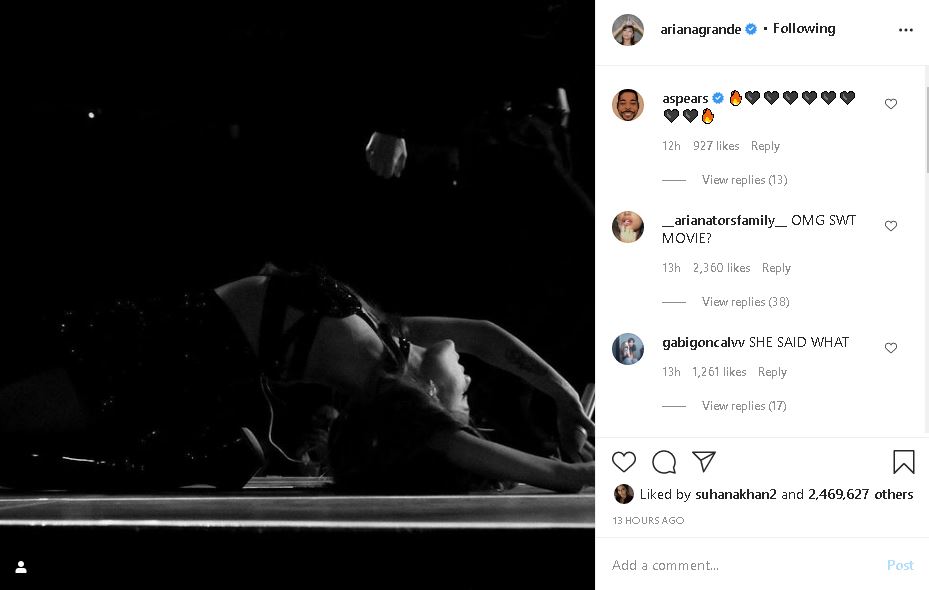 "Sweetener movie?!??????," one fan asked, while another user commented, "GIVE US A DATE."
"Omg is she having a netflix special!!?," one person wrote.
Another said, "DONT PLAY WITH ME ARI."
As per Fox News, Netflix responded to the tweet with, "Excuse me, I love you," which is a reference to Grande's song 'R.E.M.'
Back in 2018, Grande and YouTube worked together on her 'Dangerous Woman Diaries' series which consisted of four episodes that documented the behind-the-scenes of her 2017 tour.
Fox News reported that even amid the pandemic, the Grammy winner has been busy at work. She released her sixth studio album 'Positions' in October and was featured on Lady Gaga's hit song 'Rain on Me.'
In November, Grande reacted to her album debuting at No. 1 on the Billboard 200 Chart.
Grande penned to her fans on social media, "hello / thank u, i know these things aren't v important on the grand scheme of things but when they do happen i feel it's important to express gratitude for your love and support !!! so i am indeed rambling today. sry."
"this is my favorite album yet,and your response to the music has made my heart so incredibly full, i can't even begin to fully express how much it means. so thank u. so very much," she added. (ANI)