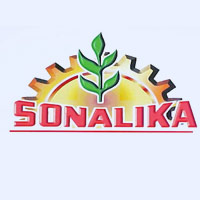 08 November, 2014
Print this article Font size -16+
After Sunil Bharti Mittal and Lakshmi Mittal, it's the turn of another Mittal to debut in Forbes' Indian Billionaires list. Lachhman Das Mittal made his debut this year in the Forbes' latest annual ranking of 100 wealthiest Indians. He has been ranked 75 on the list of the 100 richest people in India with a net worth of $785 Million. Son of a grain merchant from Punjab, he worked in Life Insurance Corporation before joining family's agricultural and farm equipment business in 1990. Sonalika ventured the tractor manufacturing in 1995.

In recognition to his business acumen, vision, leadership, philanthropy and entrepreneurship; L.D. Mittal has received several awards including the prestigious 'Pride of the Nation' Udhyaog Ratna, Ernst & Young Entrepreneur of the Year award.

The Forbes magazine points out that strong market performance of Sonalika Group with an annual turnover of $500 million. In addition, 10 per cent share of the domestic tractor market and exporting to over 70 countries worldwide along with selling a stake to private equity firm, Blackstone in a deal that valued the business at $800 million are the main reasons for L.D. Mittal racing ahead against many in the list.

The list includes 61 billionaires, four more than in 2011, Forbes said, as the minimum wealth necessary to enter the list rose 25 per cent to $460 million. According to Forbes, Indian billionaires increased their wealth as the region's rich expanded their fortunes at the world's quickest pace in the past year. Forbes said the list reflect the increasing presence of developing nations.
Tags assigned to this article:
richest indians forbes rich list sonalika group lachhman das mittal international tractors