After Boards, Women Power Triumphs In Civil Services Exams Too 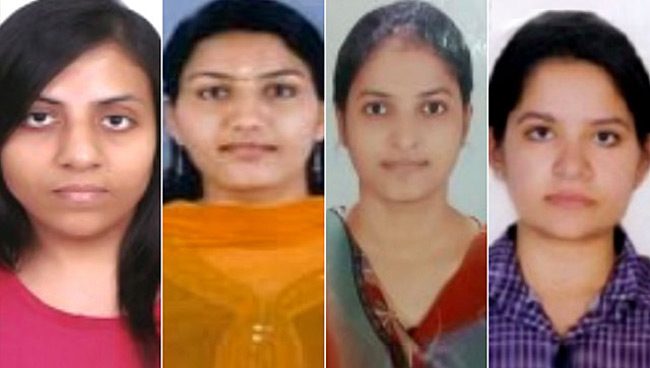 A great feat has been achieved without much fanfare. In continuation of the growing trend that has seen a greater percentage of girls doing better than boys in high school exams, four girls have managed to bag the top four out of five posts in the much vaunted civil services exams. And of them, Ira Singhal, has also become the first physically challenged candidate to top the UPSC exams, that too in the general category.

A total of 1,236 candidates cleared the civil services exam and were recommended for appointment to the Indian Administrative Service, Indian Foreign Service, Indian Police Service (IPS) and various central services. The exams are conducted in three stages — preliminary, mains and interviews — and started on August 24 last year with 4.51 lakh candidates.

“I am shocked and surprised. I want to say to everyone, let your daughters study and work. Let them go out in the world and make something of their lives,” said Singhal, 29, an IRS officer who has scoliosis or curvature of the spine.

Singhal’s success follows intense struggle. She had cleared the exam in 2011 but had the government had cancelled her candidature on account of her disability.

One of the reasons cited was that Singhal’s 62 per cent disability that affected both her arms would not allow her to pull, push and lift heavy packets — a quality the government felt was necessary for her to be in the Indian Revenue Service (Customs and Central Excise).

Singhal took her fight to the central administrative tribunal and, after 18 months, got a favourable ruling with the bench wondering if an IRS officer really needed to lift heavy packets herself during a raid. A medical examination showed she could lift a packet weighing up to 10 kg anyway.

Renu Raj, who came in second place on her first attempt, is a doctor in Kerala. Third-place Nidhi Gupta, an IRS (Customs & Central Excise) officer like Singhal, and fourth-place Vandana Rao are both from Delhi. Suharsha Bhagat, also with the IRS, was the sole male in the top five.

“Though I performed well in the exam and interview, I never expected such a rank. I will use this great opportunity to serve the people well,” an elated Raj was quoted by Hindustantimes.com.

“It is really a proud moment. I put in a lot of hard work and it finally paid,” said Gupta.

Rao, who cleared the test on her third attempt and topped in the OBC category, said, “I called up people twice to check if I had indeed made it. It is really a result of hard work. I want to be an IAS officer and do something worthwhile for the country.”

Women have been consistenly evolving for the better and from 2012 have started doing better than the men in IQ tests - for the first time in 100 years, In India, as mentioned earlier, girls have been doing better than the boys in school leaving exams - be it CBSE, ICSE ans ISC. Scientifically, women have been shown to have stronger immunity system then men and are less likely to get common illnesses. In India, despite bright exceptions, society has tended to suppress women and even now instances of female foeticide abound. Now, with governmeent efforts like #selfiewithdaughter, hopefully awareness will increase and women, especially in India, will trully come into their own.

Meanwhile, one hopes Ira and her sisters will spark off a quiet revolution. Go girls!