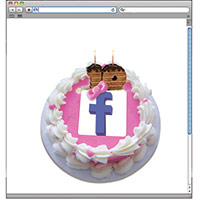 08 November, 2014
Print this article Font size -16+
It’s already been a decade of liking, sharing and poking! Yes, Facebook (FB) turns 10 on 4 February. From a closed social network, catering only to Harvard students, to a very open platform, with a membership of over 1.2 billion globally, it’s been a spectacular evolution for the social network company. LinkedIn, which turned 10 last year, has, in comparison, only 250 million members.

But, even though Facebook has seen an eightfold increase in profits for the fourth quarter of 2013, garnered the second-highest share of the mobile advertising market (8 per cent) and seen its revenues soar to an estimated $5.3 billion last year (in 2004, it was just $382,000), there are some forecasting its death. Soon.

The network’s user base is predicted to fall by 80 per cent by 2017. John Cannarella and Joshua Spechler, researchers in Princeton University, claim that the rise and fall of social networks mirror the spread and the eventual waning away of epidemics. So, just like the bubonic plague, Facebook too is predicted to eventually fade away. In fact, Cannarella and Spechler have tested their model on the rise and fall of Facebook’s predecessor, Myspace. The results corroborate their thesis.

So, is Facebook staring at a virtual collapse? Reportedly, teenagers have already got tired of it and their numbers are dropping by the day. A warning sign, perhaps.

Brand Buzz
Snip Snap
Social sensation Snapchat was built on the USP of a limited lifespan of the photos posted. But, sharing of intimate and risqué photos without fear was a dream that was too good to last in the wired world. Predictably, a host of apps sprang up, allowing users to save snaps before they disappeared. But what has caught everyone’s attention is Google Play’s decision to pull the plug on these apps. It’s fuelling speculation that Google may be readying to bid for Snapchat. Will it get snapped up anytime soon?

Dig The Data
Big Trend
Congress VP Rahul Gandhi’s interview with Arnab Goswami on Times Now set off a Twitter storm. It resulted in some 3 million tweets and almost 300 million impressions (the reach of a tweet), according to digital marketing agency Liqvd Asia

Page Turner
In 2013, Goodreads, the social network for readers, doubled in size. It now has  25 million members and added 294 million books during the year, says a report from the network

Pritish Nandy
@PritishNandy
Former Rajya Sabha MP, columnist
What a charming family! Karunanidhi claims that his son Alagiri told him that his brother Stalin will die in 3 months. Fight over 2G money?