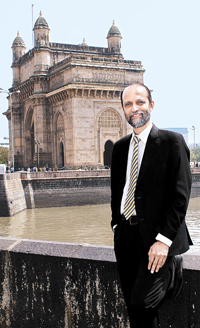 Does the government have the political capital?
The single biggest expense item on the budget is nearly Rs 4 lakh crore of interest, which is almost 40 per cent of all revenues. Interest is a non-negotiable, non-discretionary and inflexible amount. Nothing can be done to reduce interest obligation. Hopefully, when interest rates fall interest burden will come down. But that will happen only when deficit comes down. So, it's a chicken and egg situation. The second big item is defence expenditure and we cannot do anything about that either. What's left is a few thousand crore here and there. Our hope is on the scope for expenditure compression and increase in revenue. We have to find a way to expand the tax net and continue the momentum we have had on tax growth, without changing rates. If anything, they can come down. This budget is the last one before the election cycle kicks in. In that sense, there is an opportunity to take politically difficult decisions.

Can bank disinvestment shore up revenues?
There is not much scope as the government has stakes in the range of 51-55 per cent. You can have an FPO, but for that the government will have to bring in fresh equity. For every Re 1 you bring in, you can raise Rs 2, but you will have to bring in that Re 1. The government is currently in a very strange situation unless they go below 51 per cent. But that will be a huge step. The entire financial system works on one magic word called ‘trust'. And there has been a trust breakdown post-Lehman.

What is the ray of hope, apart from corporate growth that has been resilient?
The positives are that our exports, even in a bad year, continued to grow at 25 per cent in dollar terms. We can safely assume exports (which comprise 19 per cent of GDP) to continue to grow at 25 per cent. Nasscom is also very bullish. IT is a $100-billion industry. We talk about telecom revolution but telecom is not even 2-3 per cent of GDP. IT makes 6-7 per cent of GDP. The third positive comprises micro examples like the Delhi-Mumbai industrial corridor. The fourth positive is that India's consumption spending which is almost 60-70 per cent of GDP is steadily growing at 7-8 per cent. The consumer spending momentum should infuse confidence into the corporate sector to invest in fresh capacities.

How much of a worry is the widening trade deficit with China?
We should use it to our advantage. China has $3 trillion invested in bonds, most of that in US bonds, which are losing money. And they are stuck because the moment they try to sell these bonds, they will crash even further. Suppose we say, you invest only 1 per cent of that — $30 billion — into our infrastructure. We give a sovereign guarantee. We can say that we will give you 8 per cent returns. So, on one hand we have a trade deficit of $20 billion and on the other, we can get $30 billion this way.