Bachchan leads among the likes of MS Dhoni, Virat Kohli, Akshay Kumar, Shah Rukh Khan, Salman Khan, and other favorites who are younger than him and perhaps more active in their respective fields Digit is trying to capitalise on India's under-penetrated general insurance market along with users' need for a better customer experience like easier claim settlements, though IPOs in the country have not done well in the past few months Mangeshkar, 92, made her name in the world of Bollywood and her voice has rung out on television sets, on crackly airwaves and from movie theatres for most of independent India's three quarters of a century, earning her the name "the Nightingale". This year's study surveyed more than 42,000 people in 38 countries and territories to compile the list. Through the partnership, Kohli will work collaboratively with Hyperice to further accelerate the wellness category as it begins its expansion into India and continues its growth throughout the globe MS Dhoni Back In Team As Mentor For T20 World Cup

The Board of Control for Cricket in India (BCCI) was slated to unveil India's roster for the T20 World Cup, which begins on October 17 in the United Arab Emirates, The surprise selections and omissions were expected to dominate the news on Wednesday. The former India captain took centre stage as team secretary Jay Shah announced MS Dhoni's candidature as a World Cup adviser. Javelin throw gold medalist Neeraj Chopra was earning an annual income of 15-25 lakhs before the Olympics but after returning from the Olympics Neeraj has increased his endorsement fees over 10 times. The smartphone company said the association with Sara Ali Khan will focus on showcasing the style and design of Y-Series smartphones while offering the latest technology to consumers. 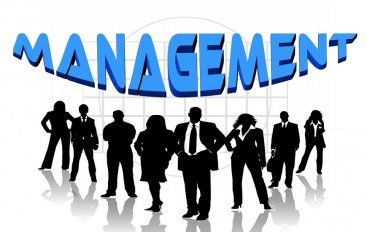 Case studies - Is There A Case For It?

Can business cases written 5-10 years ago be relevant today? The changed-context could make the content irrelevant ! Is it time to rethink about usage of Case studies ?

Observing that people wanted to learn online but did not necessarily have the infrastructure to do so, it opened its platform to educational institutions free of cost. Ranveer Singh and MS Dhoni are most recalled brand ambassadors in the Indian Institute of Human Brands (IIHB) study on advertising recall in IPL 2021. Shah Rukh Khan topped the report in 2019 and MS Dhoni was at No. 1 in 2020. A look at the metaverse trends in India, impacting businesses & their marketing