"About 83 per cent of oil consumed in the country is imported by us. We are dependent on international market, and till we increase our production, its price cannot be controlled," the minister of state for petroleum and natural gas said India's Oil Production Continues To Slide; Down 2% In November

ONGC produced 3 per cent less crude oil at 1.6 million tonnes in November due to delays in mobilising equipment at western offshore fields The UAE's oil-producing Abu Dhabi and tourism and trade-reliant Dubai had instituted coronavirus lockdowns earlier this year, and were also impacted by falling oil prices. World Shares End Stellar Quarter But Still Down In 2020

World shares rose 18.7% this quarter, the biggest quarterly gain in 11 years, but are still down more than 7% so far this year due to a slump of 34% between Feb. The oil market has crashed, with prices falling to $34 a barrel from $65 at the beginning of the year, as a result of the coronavirus pandemic. 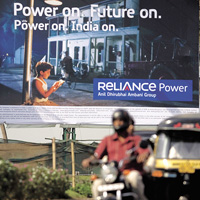