The dip was due to the current “geopolitical, economic and supply chain challenges” plaguing the markets globally We Are In The Early Innings Of The Tech Drive: Amit Midha, Dell Technologies

As Dell competed its best year ever, Amit Midha, the President for the Asia Pacific and Japan region for Global Digital Cities at Dell Technologies, points out that the Asia business for the company grew faster than its global operations, and India grew faster than Asia Wistron, Foxconn, Dell Among 14 To Get Nod Under PLI Scheme For IT Hardware

The PLI scheme for IT hardware, which was notified on March 3, 2021, provides an incentive of 1 to 4 per cent to eligible companies on net incremental sales over the base year of FY 2019-20 of goods under target segments that are manufactured in India for a period of four years (FY22 to FY25). 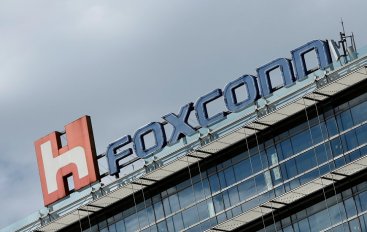 Foxconn, Wistron, Dell, 16 Other Cos Apply For Investments Under PLI Scheme For IT Hardware Microsoft, Alphabet-owned Google, Cisco, Dell Technologies-owned VMWare and the Washington-based Internet Association joined forces with Facebook to argue against that, saying that awarding soverign immunity to NSO would lead to a proliferation of hacking technology and "more foreign governments with powerful and dangerous cyber surveillance tools."

Dell chooses VMLY&R as its lead creative agency in India Dell Precision 5550 and 5750 are the world’s smallest and thinnest 15-inch and 17-inch mobile workstations. We spend around $4.5 billion on R&D. There are companies that are not even the size of our R&D budget and the reason we do that is because these emerging technologies will provide a completely new experience to our customers Carving Out A Sustainable Future