What Industry Is Expecting From New Government

On the smashing victory of BJP leaders, let's read what our industry is expecting from the new government. Modi Will Need To Hit The Ground Running With Economy, Pakistan

Modi will also need to deal with increasing frustration over jobs. Modi's 2nd Term To Lay Groundwork For The Next 25 Years, Says US Corporate Leader

Prime Minister Narendra Modi on Thursday led his Bharatiya Janata Party to a super-sized victory for a second term in office, winning an absolute majority and on course to touch the 300-seat mark in the 543-member Lok Sabha. 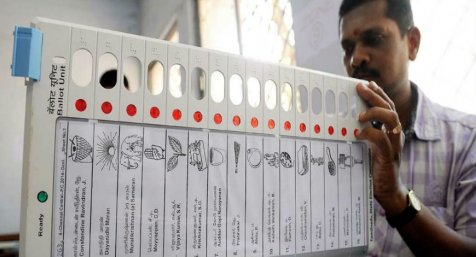 The chief minister said the party workers worked hard to take policies, principles and programmes of the Congress under the leadership of party president Rahul Gandhi to people but they need not get disheartened. He also praised BJP chief Amit Shah for his efforts to ensure that the message of the party reached every voter. BJP Headed Towards Victory In Himachal

Sitting BJP MP Anurag Thakur is leading by 3,84,922 votes in Hamirpur over his nearest rival Ram Lal Thakur of Congress. BJP, Ally Maintain Lead Over Rivals In UP

The BJP was ahead in 58 seats and the Apna Dal (S) in one. The opposition alliance of the Bahujan Samaj Party and the SP appeared to be doing well in 19 seats. The BJP was set to return to power Thursday as the partial vote count released by the Election Commission showed that it was leading in 296 of the 542 Lok Sabha seats that went to polls in seven phases, demolishing the combined opposition with the Congress Party stuck at 51 seats.

Index Of Eight Core Industries Grows By 18.1% In May

Eknath Shinde Will Be Maharashtra CM; To Swear In At 7:30 Pm