Washington [US], November 17 (ANI): To mark the third anniversary of superhero film 'Justice League', filmmaker Zack Snyder on Tuesday unveiled a new black and white trailer for his cut of the much-loved action-thriller movie. The movie will appear in four, one-hour episodes on HBO Max next year.
According to The Hollywood Reporter, Zack Snyder's Justice League comes after years of fan campaigning for the filmmaker to be allowed to complete his vision after stepping away from the project in May 2017 following a family tragedy. Director Joss Whedon stepped in to complete Justice League, which underwhelmed at the box office. 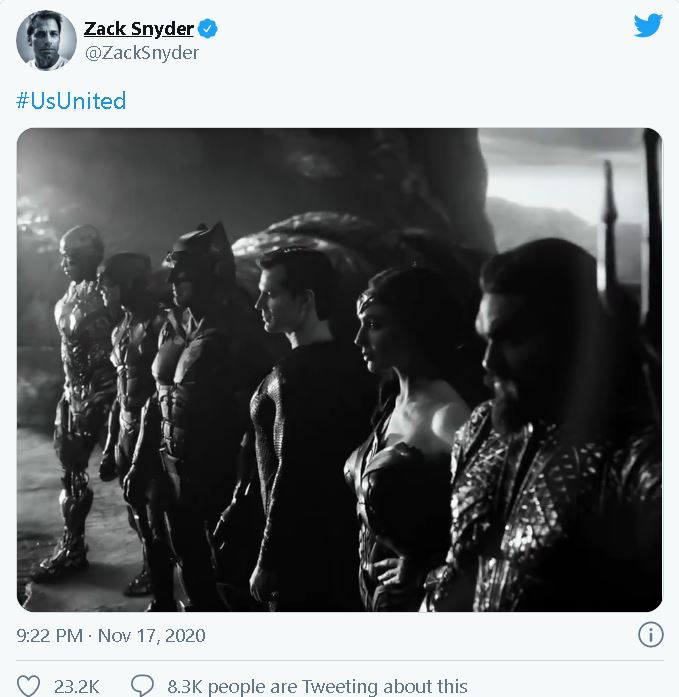 The first trailer for Zack Snyder's Justice League debuted in August, but this month was removed from YouTube due to music rights issues for use of Leonard Cohen's 'Hallelujah.' Those issues have since been resolved as the song is back in the new, black and white version of this trailer.
As per The Hollywood Reporter, Snyder is filming several minutes of new material for his cut and assembled some of his cast, including Ben Affleck (Batman), Ray Fisher (Cyborg) and Amber Heard (Mera). He also brought in Suicide Squad star Jared Leto to play Joker. Justice League also stars Gal Gadot (Wonder Woman), Jason Momoa (Aquaman), Henry Cavill (Superman) and Ezra Miller (Flash). (ANI)