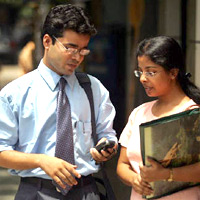 08 November, 2014
Print this article Font size -16+
The World Bank cut its outlook for global growth, saying the economy should expand more slowly this year than last as it cited a deeper-than-expected recession in Europe and a recent slowdown in some emerging markets.

In its twice-yearly Global Economic Prospects report, the bank warned that large developing economies, which have driven global growth in recent years, will not experience the same boom as they did before the global financial crisis and will have to focus on structural reforms to keep expanding.

The bank forecast the world's gross domestic product will grow 2.2 per cent this year, slightly below last year's growth of 2.3 per cent. In its last forecast in January, the World Bank estimated the world economy would expand 2.4 per cent this year.

Andrew Burns, the report's lead author, said the global economy should be less volatile in the future, but growth should slow.

"Growth is not slower because of inadequate demand but rather because, in our view, the very strong growth we saw in the pre-crisis period was due to that bubble phenomenon," Burns told reporters.

"What we're seeing now is more in line with the underlying growth potential," he said. "Therefore, this is a case of moving towards the new normal of the post crisis."

Part of that "new normal" will be slower growth rates in countries like Brazil, India, Russia and China, as commodities prices moderate and countries rebalance their economies, the World Bank said.

The World Bank cut its outlook for developing countries, which last year grew at their slowest pace in a decade, to 5.1 per cent, from 5.5 per cent in the January forecast. The bank said growth in these countries should slowly pick up in the future, to 5.6 per cent next year and 5.7 per cent in 2015.

Before the global financial crisis hit in 2008, developing countries as a whole were chalking up growth rates of around 7.5 per cent, while China expanded at an annual rate of 10 per cent.

Evidence has mounted in recent weeks that China's economic growth is fast losing momentum, and economists are abandoning their rosy recovery forecasts and bracing for what could be the country's slowest growth rate in 23 years.

Burns said he was not worried about the slowdown, as it was long expected that China's rapid expansion would moderate as its economy rebalanced away from investment-led growth to focus more on consumption.

The World Bank also said the euro area and fiscal uncertainty in the United States should recede as major risks to the global economy in the future. Instead, developing nations will have to watch out for side effects from the massive monetary expansion in advanced nations like the United States and Japan.