New Delhi [India], February 25 (ANI): Bollywood heartthrob Shahid Kapoor ringed in his 40th birthday on Thursday and received a plethora of warm wishes from the film industry on the occasion.
To celebrate the fortieth birthday of the 'Kabir Singh' actor, Bollywood celebrities took to social media and poured in birthday wishes for the star.
By sharing a monochromatic candid picture with her 'Udta Punjab' and 'Shaandaar' co-star on Instagram stories, Bollywood superstar Alia Bhatt penned an adorable birthday wish for Shahid.
She wrote, "Happy bday my dearest friend!!!! Hope you're having the bestest dayyy!!! Loads of love always and forevsssss," using yellow heart emoticons. 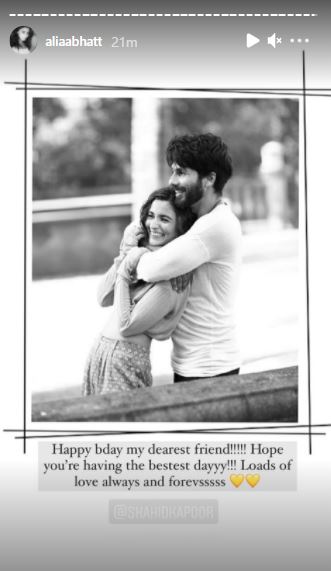 Katrina Kaif also took to her Instagram story and posted a solo monochromatic picture of the birthday boy. Alongside the stunning picture, she wrote, "Happy happy birthday @shahidkapoor wishing u the best year ever," using red heart and flower emoticons. 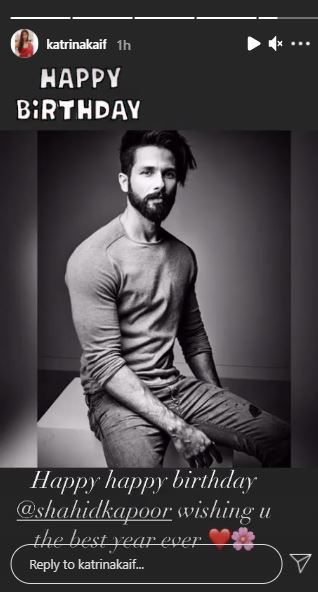 Kiara Advani, who has had the opportunity to work with the star in his blockbuster 'Kabir Singh', took to Instagram and shared a short funny clip of Shahid where he is seen saying, "Kabir is on a detox plan." Alongside the clip, she wrote, "Happpiest birthday SK! @shahidkapoor," with a white heart emoticon. 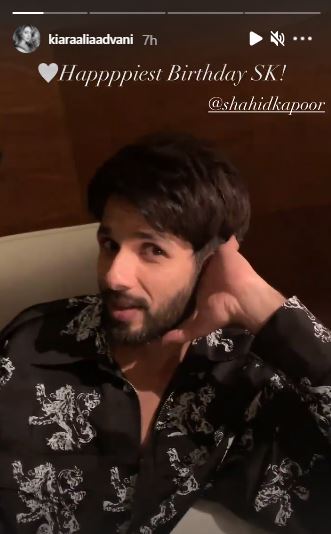 Shahid's 'Mausam' co-star, Sonam Kapoor has had the sweetest wish for him. She shared two adorable throwback pictures featuring herself with the birthday boy on her Instagram story and wrote, "The Harry to my Aayat. Wishing you nothing but happiness, Shahid. Stay shining in every Mausam." 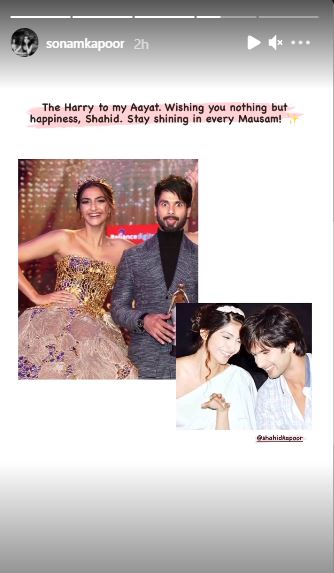 Recently turned mom and Bollywood actor Anushka Sharma also wished her 'Badmaash Company' co-star and posted a solo picture of him. With the snap, she wrote, "Happy birthday Shahid! Have the best one @shahidkapoor," using a string of emoticons. 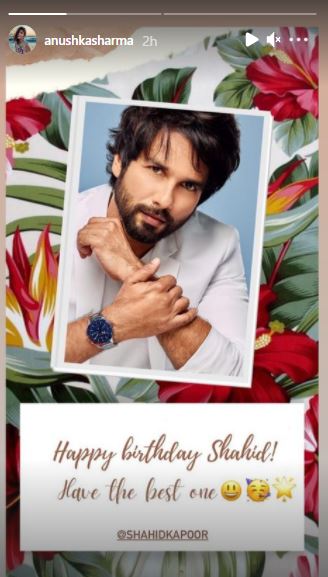 Many other stars including his brother and actor Ishan Khatter, Dia Mirza, filmmaker Mukesh Chhabra and others celebrated the 'Jab We Met' actor's birthday by sharing posts and pictures on social media.
Born to the renowned Indian film actors Pankaj Kapoor and Neelima Azeem, Shahid Kapoor made his Bollywood debut with his 2003 romantic comedy Ishq Vishk, for which he won a Filmfare Award for 'Best Male Debut'.
Kapoor had also appeared as a background dancer in a few films of the 1990s and was later featured in music videos and television commercials. H has also delivered several successful films like 'Kabir Singh', 'Jab We Met', 'Kaminey', 'Padmaavat' and more. (ANI)