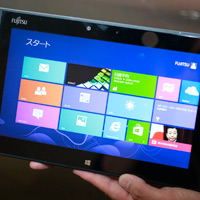 08 November, 2014
Print this article Font size -16+
The countdown to Windows 8 begins. After almost a year of build-up, we hope it’s worth the hype, the secrecy and the wait. Through this one year, Microsoft has already changed in so many ways. As the world moved on from desktops to mobile devices, the company that was once synonymous with monopoly started to do what it should have long ago — stake its claim in the smartphone and tablet space. Partnering with Nokia was only one component. Creating Windows 8 with the idea of a unified system across devices was the larger part. And to the surprise of all, including its own partners, Microsoft turned towards hardware. Windows 8 is really a touch-oriented operating system and the company decided to control at least the initial experience from end to end.
With only a few days to go before the formal launch of Windows 8, as well as that of Microsoft’s own tablet Surface and of Windows 8 phones soon after, PC makers are unleashing a fashion parade of innovative and interesting laptop-tablet devices that are now being called “convertibles”.
First, we have Lenovo, which has moved ahead of the other PC makers, some analysts say, because of the versatility of its lineup and the ability to cater to different consumer segments.

Lenovo’s IdeaPad Yoga 13, showcased at the beginning of the year at the CES event, hinges upon its hinge which lets you push the screen all the way around until it meets the base, Then it becomes a tablet. You can also use the rotation to make the device stand. And since it’s said to have good sound and a vivid screen, you can use it as an entertainment gadget in that position, using touch to navigate content. There are two versions of the Yoga, which has been kept light and thin to make it more usable. Clever as this may be, another hinge innovation lets users swivel the screen in any direction on the Twist model, thought to be particularly useful in the business environment where you sometimes have several screens around you or where you need to share content for discussion with others. The Lynx is a tablet that docks to become a laptop. These convertibles come with good tech specs and battery life and some further innovations such as a 10-finger touch sensitivity.
Like Microsoft, Dell too has been largely out of the mobile devices race, apart from its XPS lineup of ultrabooks. Its early tablet, the Streak, was expensive and didn’t do well at all. Dell’s phones also went the same way. But now the company is also coming up with its own hybrids, including a 12-inch touch ultrabook that flips over to become a Windows 8 tablet. Dell has also touch-enabled some all-in-one desktop systems.
Very early on we saw some starting devices from Asus, including the Transformer series and the Padfone in which the phone slips into the tablet. Sony has also just released its Vaio Duo 11, a device in which the screen slips back over the keyboard just the way some tablet cases do, again, going from laptop to tablet. This combo even has a stylus.
All these devices are, of course, running on Windows 8 and are touch screen. The coming of the new “reimagined” OS may well spur  the availability of touch on laptops, something that hasn’t happened so far even though the capability exists. Now that there’s an operating system that comes into its own with touch and tablets have proved their popularity, PC makers are keen to have a go with form factors that centre around touch.
Will convertibles be the future of computing? Many people imagine so, though it’s impossible to say. Who knows, for instance, whether gesture-based uses of some kind will come along and change the type of surfaces we need. Despite how attractive the new hybrids are, we may find them fiddly once we lay our hands on them. If the hybrids are to be docked to become laptops, then their landscape-ish orientation makes them less comfortable as tablets. Such is the case with Samsung’s Slate 7. On the other hand, making the screen a smaller and less tall tablet will end up compromising on the keyboard. Will we, in fact, have separate components and foldable keyboards such as may be revealed with Microsoft’s own Surface tablet? The months ahead will show whether there’s a perfect form factor.
And if Windows 8 does re-energise the PC market because of the spate of hybrid tablet-laptops, will these devices do the same for Windows 8 and increase the chances of its adoption? Again, this is not easy to predict. Businesses, where the numbers come from, will not be ready to immediately jump to Windows 8 because of the retraining and other costs. The shift may take its time.
mala(at)pobox(dot)com, (at)malabhargava on Twitter
(This story was published in Businessworld Issue Dated 29-10-2012)
Tags assigned to this article:
mala bhargava magazine after hours dell gadgets nokia lenovo windows 8 asus magazine 29 october 2012 fashion parade