Will Reliance Get More Than $5.61 For Gas From KG Basin? 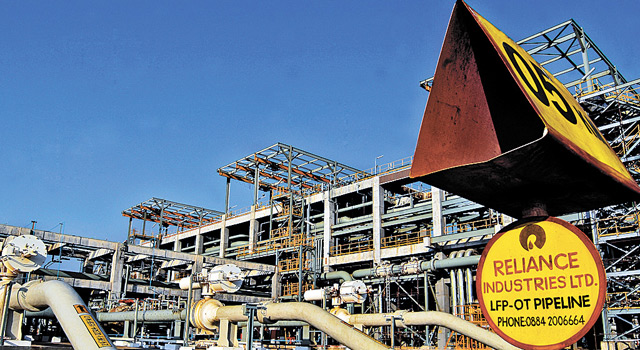 08 November, 2014
Print this article Font size -16+
The glass is half full, the glass is half empty. It all depends on the perception of the viewer. The revised natural gas price announced by the NDA government also falls in the same category. The price of $5.61 per million metric British Thermal Units (MMBTU), is 33 per cent higher than the current price but it is also 33 per cent less than the previously decided price of $8.4 by the UPA government under the Rangarajan Formula.

Moreover, the decision seems to have gone against the Mukesh Ambani owned Reliance Industries Ltd, which was not allowed any hike forits D1 and D3 gas blocks in the KG basin till the final decision on the arbitration between the comgpany and the government came.

“The operator (Reliance Industries) would be paid the earlier price of $4.2/MMBTU till the shortfall quantity of gas is made good. It is proposed that the difference between the revised price and the present price ($4.2 per MMBTU) would be credited to the gas pool account maintained by GAIL and whether the amount so collected is payable or not, to the contractors of this block, would be dependent on the outcome of the award of pending arbitration and any attendant legal proceedings,” read the government press release.

To all the critics it is a perfect punishment for the company that has not only been indicted by the Comptroller and Auditor General of India for violating the production sharing contract but for also making wrong projections of gas reserves to get approval for higher recovery on capital investment in the gas field.

Is the glass half empty for Reliance? A careful reading of the following lines presents a different perspective on the government’s pricing formula.

“For all discoveries after this decision, in ultra deep water areas, deep water areas and high pressure-high temperature areas, a premium would be given on the gas price to be determined as per the prescribed procedure.”

This means that the gas price decided by the government does not concern the deep, ultra deep and other high-pressure areas, which would be eligible for a premium on the current price.

Deepak Mahurkar Leader Oil & Gas, PwC India interpreted the clause in following lines, “For the first time the government has decided that the selling price of gas will be based on the type of block or development. Which means the link to cost of development is given recognition. Deep water blocks will get more price than the onshore blocks."

The KG D6 basin so far has been talked about as a deep water block, which makes it eligible for a premium over the decided price of $5.61 per MMBTU. Even though the definition of deep water block is not clear in the Indian context, worldwide it is accepted that gas being extracted from the depth of 400 meters or above is a deep water block.

While the original PSC signed under the New-exploration and Licensing Policy (NELP) did not differentiate between the deep water and the onshore blocks for deciding the price of natural gas, the latest policy decision is likely to benefit RIL and ultimately give it a price quite close to the one decided by the Rangaranjan Committee, if not more. The government needs to make it clear whether RIL’s D1 and D3 and other blocks being operated on by the RIL in the KG basin are eligible for a premium over the price of $5.61 per unit of gas or it is for the future discoveries that would be made on the block bid in the next round of bidding.

“EAS Sarma, former secretary to the government of India said,” the PSC does not make a distinction between deep water, ultra deep water and onshore blocks. According to article 21 of PSC the price of natural gas has to be arrived at through arm’s length pricing. The government is changing the PSC by bringing in new definition. According to the original PSC if the block is not viable at the arm’s length pricing, it should not be explored”.

It would be interesting to know what would be the final price that a deep water or ultra deep water block would get for producing gas. Ideally, the government should have the mechanism and resources to arrive at the well-head cost (the cost of gas at the source of production) of natural gas before calculating the premium for any category of blocks.

So long as the government does not reveal the criteria for giving a premium to deepwater blocks, the glass is half full for Reliance Industries.