Why Should The Government Pay Money For Surrendering Old Vehicles? 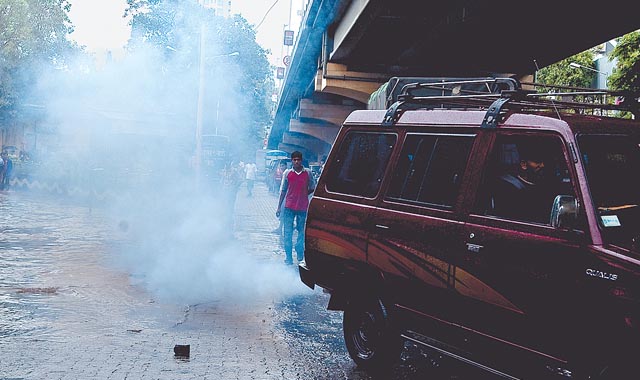 14 August, 2015
Print this article Font size -16+
Neeraj Thakur says the government needs to understand that any policy that seeks to control pollution should be direct and without any kind of subsidy, especially involving car manufacturers

Should the government give a subsidy to people to surrender their old-vehicles? While we all know that to tackle increasing pollution in the country, we need to retire older vehicles, the idea of government subsidising the scheme is nonsense.
Subsidies are supposed to be given to the poor and not to the rich. If the government gives subsidy to a private car owner for retiring his car -- which he anyway is supposed to -- if it does not meet the environment norms, it would be a sheer waste of government money.
The Society of Indian Automobile Manufacturers itself has said that there is no data in the country that can certify the number of old vehicles plying on the road. The exercise to identify such vehicles itself would be time consuming and arbitrary. While the media reports quoted transport minister Nitin Gadkari incentivising people to surrender their old vehicles, the plan revealed by him looks more in favour of the auto car manufacturers who are supposed to get tax benefits from the government which are to be passed on to the customers who buy new cars from them.
The government needs to understand that any policy that seeks to control pollution should be direct and without any kind of subsidy, especially involving car manufacturers. The policy of having a pollution control certificate for all vehicles in the country has not delivered desired results, whereas, if implemented with rigour, it could have freed the country from poisonous emissions from vehicles to a great extent.
Moreover, the best way to retire such vehicles would be to introduce standard pollution norms wherbey all the polluting old vehicles could be retired in a window of 2-5 years without any kind of government subsidy.
And in case, the government is looking at increasing the index for industrial production by way of such scheme, it should rather provide interest subvention to the car makers directly. Asking people to leave their LPG cylinders to reduce government’s subsidy budget and then paying that money to vehicle owners is a proposal devoid of logic in the context of the Indian economy.
Tags assigned to this article:
nitin gadkari polluting vehicles neeraj thakur subsidy