Why Gold Sales May Not Pick Up This Akshaya Tritiya

Akshaya Tritiya is likely to be lacklustre this time as jewellers are expecting negative to marginal growth compared to last year, on the back of rising gold prices, which is ruling at over Rs 30,000 per 10 grams 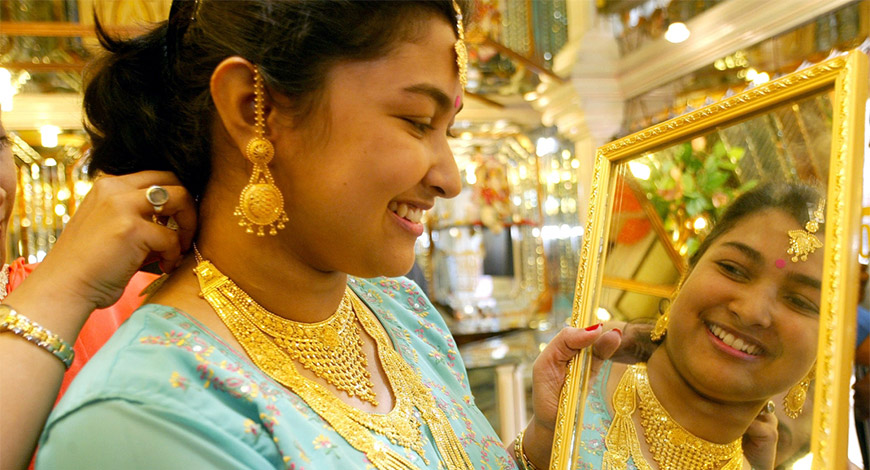 Akshaya Tritiya, considered an auspicious day to buy gold, is likely to be lacklustre this time as jewellers are expecting negative to marginal growth compared to last year, on the back of rising gold prices, which is ruling at over Rs 30,000 per 10 grams.

"During Akshaya Tritiya (which falls on May 9) we are expecting marginal growth in sales compared to last year as the prices are ruling very high and due to the present dry weather conditions in the country," All India Gems and Jewellery Trade Federation (GJF) Chairman Sreedhar G V said.

He said even as the overall market sentiment is positive, the surge in gold prices is likely to put a halt on consumer demand for heavy jewellery and people might go for small ticket size items, chains and bangles.

Echoing a similar view, former GJF Chairman Bachhraj Bamalwa said in terms of volume, the consumer demand might witness a negative growth of about 10 per cent, but in value terms it is likely to be at par with last year's sales.

"There will be buying as people will purchase a token small ticket size jewellery or coin for the festival and they will hesitate to go for heavy pieces due to high prices," he said.

As for wedding jewellery, he said, usually consumers book for bridal jewelleries before one month for which most of the bookings were already done just after the strike ended.

However, World Gold Council (WGC) MD Somasundaram PR felt that there will be sharp hike in demand during Akshaya Tritiya, where wedding jewellery as well as investment-related items like coins, bars will also move fast.

The industry has been facing a challenging time as people were waiting for the Budget expecting a cut in import duty, Somasundaram said.

"However, the jewellers went on strike after the announcement of excise levy. The industry is gearing up to meet the pent-up demand which will be witnessed during this Akshaya Tritiya," he said.

However, he cautioned that there are restrictions in Tamil Nadu and Kerala, the two big markets, due to elections.

Also the artisans, who had ventured into other professions during the strike, are coming back slowly and cannot meet the demand in such a short time.

"We don't expect the price to deter demand. However, we feel that it will be difficult for the industry to increase supply in such a short time," he added.

Ishu Datwani, founder of Anmol Jewellers, said there is likely to be 20-25 per cent rise in demand, mainly ruled by wedding jewellery.

"Whatever demand was there during the strike we cannot regain it. But we are trying to make up for the lost business through many offers to attract consumers. Wedding jewellery will dominate the demand during Akshaya Tritiya as the bookings look good.

P N Gadgil Jewellers Chairman and Managing Director Saurabh Gadgil opined this is the first major festival after the strike and there is a positive sentiment all around.

"Expectations of good monsoon and wedding season will also help boost demand, which is likely to go up by 15 per cent compared to last year," he said.

Gadgil said this will mainly be aided by the weekend preceding Akshaya Tritiya, which falls on the coming Monday, so people will get three days to shop.