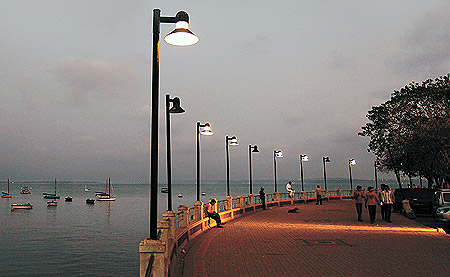 
Competitiveness is in effect a sum total of how the smallest unit performs, that is, a nation's growth is the sum total of how rural areas, cities and states perform. Each location needs to build its agenda and an idea on which it would thrive, to progress towards better prosperity for its people.

The above idea on competitiveness, which is deeply embedded in theory and borrows from Michael Porter's seminal work The Competitive Advantage of Nations, has an impact on the methodology developed. We have classified the states at different stages looking at the per capita income they have achieved. The underlying principle is that each state has to look at growth by understanding its present state of economic development.

This year's study also follows a new methodology where we have split the states into three categories of high-income (per capita income of over $900), middle-income ($500-900) and low-income (below $500) states. And although the methodology has gone through significant changes in terms of weightages, last year's top two, Delhi and Maharashtra, would have ranked No. 2 and No. 3 this year provided the rankings hadn't been split. Last year's No. 3 Goa, however, has emerged as the best high-income state this year. It also has the highest composite score among all states put together. Income, consumption and demographics have played the most critical role in Goa's ascendance.

On the other hand, Gujarat, which fared as the best middle-income state, has leveraged business incentives, the physical and communication infrastructures as well as its financial condition. And Rajasthan, which topped the rankings among low-income states, has emerged winner on the basis of the highest income and consumption capability. It has also scored the highest in communication infrastructure and human capacity.

The study provides some other gems too. For instance, on human capacity, Assam, Nagaland and Manipur top the list of low-income states with high human capacity. And on financial parameters, Bihar is second only to Madhya Pradesh among the low-income states. The biggest disappointment over the years has been Punjab, which ranks very high on innovation and communications, but has lagged behind in income and consumption, supplier sophistication and administrative parameters. Its management of finances, too, has been a cause of worry for several years now. As much as the nation needs to strive to narrow the gap between the best states and the worst, it must also ensure that the best states of the past do not hurtle towards the flock of the worst.

The author is honorary chairman of Institute for Competitiveness