When Small Is Good... 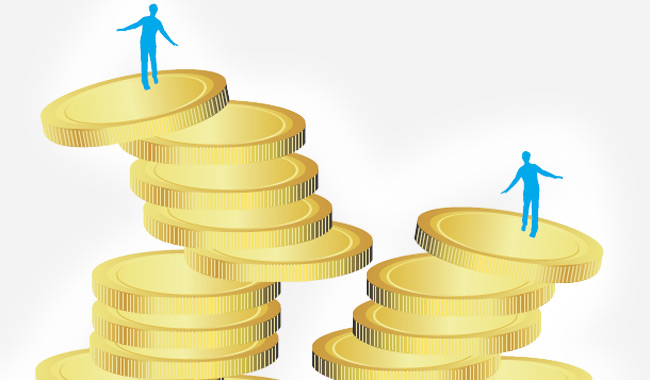 10 June, 2015
Print this article Font size -16+
The sharp decline in equities market in the first week of June has stunned investors who had parked their money in mid- and small-cap stocks. Prolonged downtrend in broader market would put pressure on the relatively illiquid mid- and small-cap counters, they feel.

The build-up in mid- and small-cap stocks started towards June 2014. The rush to corner low-market-cap shares continued unabated even when benchmark indices — Nifty and Sensex — retraced periodic highs in September.

Small- and mid-cap stocks have held on to their values appreciably well despite the correction in broader markets. The BSE Midcap and Smallcap indices have gained over 18 per cent and 16 per cent, respectively, over the past one year. The 30-share Sensex, during the considered period, has returned just about 8 per cent.

Now with markets turning volatile, the word on D-Street is to stay invested in mid-cap stocks and exit illiquid, small-cap counters at every opportunity.

“There’s no need to panic,” says Rakesh Goyal, senior vice-president, Bonanza Portfolios. “In fact, I see a lot of investment opportunities in mid-cap stocks at the moment. My reading is that mid-cap and select small-cap stocks will continue to do well on buying demand from DIIs (domestic institutional investors). DIIs will be forced to deploy funds in mid- and small-cap stocks as most large-caps are in the over-bought zone (by FIIs),” reasons Goyal.
Decent Earnings
Though mid- and small-cap stocks have run up significantly over the past one year, there are several supportive factors that could sustain the rally. This argument is more relevant in the case of mid-cap stocks which, according to brokers, have more upside to grow in value. Even in terms of earnings growth, several mid- and small-cap companies have beaten their larger peers by a good measure.

“Mid- and small-caps may look a bit shaky now (pursuant to the broader market fall), but these would zoom ahead of large-caps in times of market rally,” says Siddharth Sedani, vice-president, PMS, Microsec Capital.

Smaller companies fall deeper and faster when the broader market is on a downtrend. However, when the market is rising, small- and mid-cap stocks always follow large-cap stocks in terms of appreciation. Smaller stocks, which have fallen deeper, also have a tendency to rise higher (in percentage terms) than their larger peers.

Big ‘Small’ Companies
Mid- and small-cap companies derive great advantages from their small size. They are nimble-footed and can respond to changes (in business environment) much faster. The best thing about a small company is that minor improvements in corporate numbers or working style reflect in their stock price.

If one were to see small- and mid-cap businesses that made it big over the past few years, companies such as Maruti (the larger peers — M&M and Tata Motors) and Marico and Godrej Consumers (the larger peer being HUL) would top the list.

Anonymity is another factor that works in favour of mid- and small-companies. Stocks that are not part of an index or are rarely tracked by analysts perform well over the longer term. The returns on these stocks will almost match up to their large-cap peers, analysts opine.

“Investor should stay invested in mid- and quality small-cap stocks. They would make money in these counters over a two-year period,” says Sedani of Microsec.

Fund Portfolios
Even ‘mid- & small-cap’ (MSC) mutual fund portfolios have yielded good returns for investors over a one-year period. According to Value Research data, 50 of 55-odd MSC funds have returned in excess of 20 per cent over the past one year.

Though large-cap stocks tend to balance the earnings capacity of a portfolio, it is lesser-known volatile stock groupings that give the portfolio an extra ‘gain-kicker’.

Bottom Line
Despite the not-so-bad outlook (for mid-cap stocks), one should be careful buying mid- and small-cap stocks. There may be value buying opportunities, especially after the early-June market correction, but investors would be better off staying in higher mid-cap stocks.

The real test for mid- and small-cap stocks would be the result season, say analysts. Given the rally since the last one year, valuations of some of these stocks have become stretched. Poor first quarter earnings may depress the price bubble on some companies, say some.

“Mid-caps stocks may trend in a range over the next few months. A rally in segment would take some more time,” says Alex Mathews, head of research at Geojit BNP Paribas Financial Services.

“It’s better for investors to stay out of small caps for some time. There’s a serious risk of investors getting trapped in these counters for long if they do not exit in the next rally,” adds Mathews.