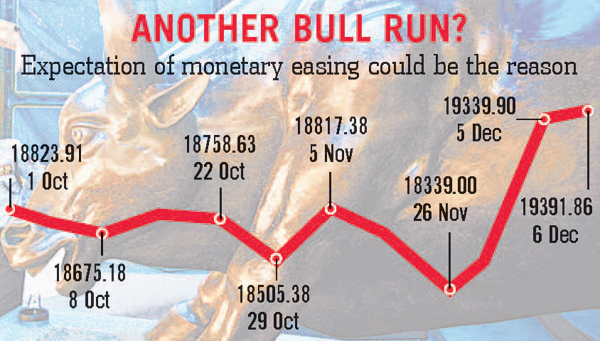 08 November, 2014
Print this article Font size -16+
Like second marriages, this could be the triumph of hope over experience. But despite mostly bad news about the economy, accompanied by the prospects of little movement on the government’s reform agenda in the winter session of Parliament and very modest growth in corporate earnings, the stock market continues to behave as if a new bull run is on. The key drivers of this momentum are expectations that monetary conditions are likely to continue easing in developed economies, particularly the US, which means capital flows into India, and a more benign environment in Europe.

Forecasts of a rebound in India in the next 18-24 months by the likes of Goldman Sachs (on 3 December) and research arms of other investment banks are another cause for optimism. The good news will come to fruition only after a year, but the market is nothing if not a discounting mechanism of the future. But could that be too long for investors to keep the faith?