What Next, Lalit Modi? 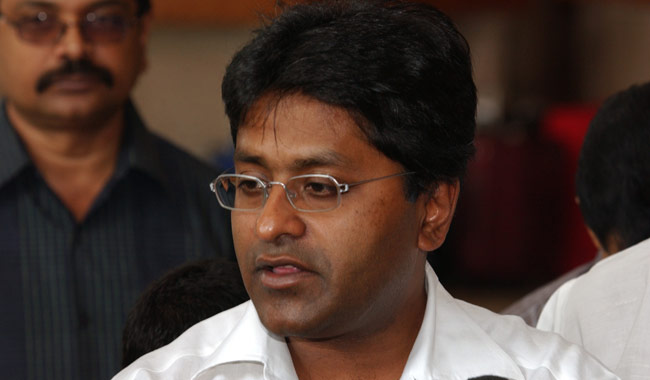 24 June, 2015
Print this article Font size -16+
Certainly, the ongoing Lalitgate controversy is not going to go away soon. It has given fodder to the Opposition which has been starved of any real issue. There is no doubt that the real target is Prime Minister Narendra Modi. The disgraced Indian Premier League czar is bent on washing dirty linen in public. He had tweeted, “The battle has just begun, watch the fun now.”
After targeting President Pranab Mukherjee, Lalit Modi trained his guns on the President's secretary Omita Paul, accusing her of being close to the "biggest hawala operator Vivek Nagpal". "The biggest hawala operator is #vivek #nagpal, also best known as #omita #paul's #bagman. Lots of data on him. Does anyone care," tweeted Lalit Modi.
The former IPL commissioner accused Mukherjee of ordering the Enforcement Directorate (ED) probe in retaliation to Congress leader Shashi Tharoor's sacking as minister of state for external affairs over the IPL Kochi controversy.
Escalating his Twitter war with politicians cutting across party lines, Lalit Modi had tweeted a list of 29 individuals, including Priyanka Gandhi and Robert Vadra. The list includes almost all important ministers of the UPA, apart from several bureaucrats, PSU chiefs, corporate honchos and even BJP politicians. Among those named are then home minister P Chidambaram, whom Lalit Modi has accused of hounding him.
Others Congress member Ahmed Patel, then HRD minister Kapil Sibal, UP CM Akhilesh Yadav and BJP MPs L K Advani and Yashwant Sinha. It also includes corporate heads such as Sunil Mittal of Bharti Airtel, Gautam Singhania of Raymonds and Uday Shankar, CEO of Star India, according to a report in The Times of India.
Lalit Modi, 49, travelled to London in 2010 after the IPL got embroiled in allegations of match-fixing and illegal betting.
Former Union home secretary and now the Aar MP Raj Kumar Singh’s stand — that it is wrong to help a fugitive — flies in the face of the BJP's defence of External Affairs Minister Sushma Swaraj's action as a "humanitarian" gesture.
Analysts say the Lalit scandal has exposed the government's repeated claims that it had offered the country a "scam-free" year. The BJP's offensive against the Congress on corruption also lay discredited. Sushma Swaraj and Rajasthan Chief Minister Vasundra Raje, who has a mass base, have so far stayed in their positions, but Modi should be prepared for much heat from New Delhi.
Quite a few media commentators are of the view that Lalit Modi's attempt is to muddy the water and divert attention away from him for the time being. It would, however, delay a stringent action against him at present and the move would create a tension among Indian political class. Among other things, Lalit Modi’s shrewd game plan of selective tweets will bring the forthcoming monsoon session of Parliament to a standstill.
The Opposition, although divided in its approach on the issue as some parties like the Trinamool Congress and the Samajwadi Party have extended support to Sushma Swaraj, will strive to keep the issue alive.
At present, one is left wondering what next in the days ahead.
The moral of the story: sports and politics have become intertwined, with politicians heading sports bodies. The time has come to tackle this menace.
Tags assigned to this article:
lalit modi visa affair Lalitgate lalit modi omita paul prime minister narendra modi vivek nagpal