Washington [US], August 21 (ANI): American actor Ray Fisher on Thursday (local time) has announced that Warner Media has launched an investigation into the production of 'Justice League'.
The move has been made after Fisher's repeated claims, alleging the "toxic and abusive work environment" created by filmmaker Joss Whedon and producers Geoff Johns and Jon Berg while making the film.
Taking to the Twitter, the 32-year-old actor wrote: "After 5 weeks of interviews with various cast/crew, @WarnerMediahas officially launched an independent third-party investigation to get to the heart of the toxic and abusive work environment created during Justice League reshoots. This is a MASSIVE step forward!" 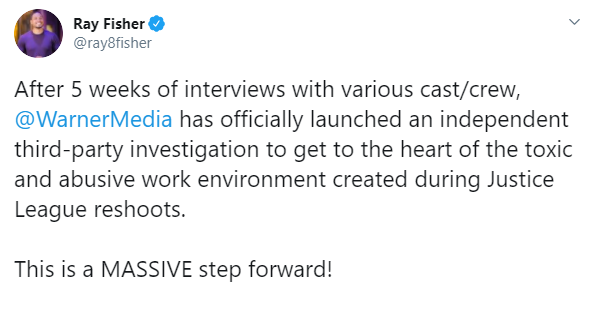 In a subsequent tweet, the 'Cyborg' actor wrote: "I believe this investigation will show that Geoff Johns, Joss Whedon, Jon Berg (and others) grossly abused their power during the uncertainty of AT&T's merger with Time Warner. Thank you @WarnerMediaand @ATTfor making strides to ensure a safer workplace for all!" 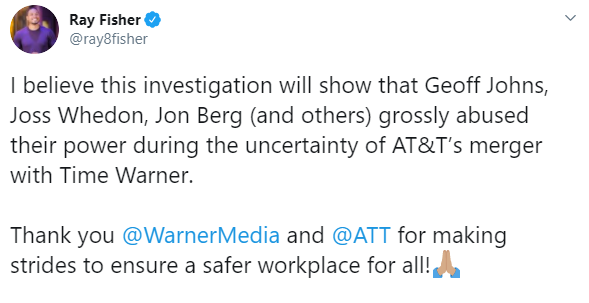 According to Variety, it's the latest in a series of tweets and public statements made by Fisher about the 'Justice League' in the last two months.
In July, Fisher dropped a bombshell claim on Twitter that during the period that Whedon took over directing duties for additional photography on the production from original director Zack Snyder -- who stepped back from the film due to a family tragedy.
Whedon's treatment of the cast and crew of 'Justice League' was "gross, abusive, unprofessional, and completely unacceptable." Fisher further claimed that Johns and Berg "enabled" Whedon's behaviour, cited Variety. (ANI)