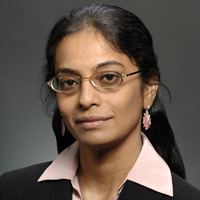 
Consumerisation of IT, as this trend is called, is clearly one issue that technology companies are grappling with, but it's not the only one. Unfortunately, the enterprise market, that has been the gravy train for the older tech companies, has also been impacted by the economic downturn in the developed worldthat now seems to be worsening further. The emerging economies that are growing are highly price sensitive, and competitive, and in no way a ready substitute for the markets lost in US and Europe.  The Banks and Financial Services companies, which form a large chunk of the enterprise market, are no longer willing to change hardware and software at the rate they did earlier. In fact, enterprises are widely expected to soon accelerate their move to the cloud, so that they can curtail their IT infrastructure investments and leverage the cloud's "pay as you use" model.  So at the same time that the PC market is slipping away, the enterprise market is also churning. The old enterprise-centric CXO's are at a loss to deliver as they did before, by selling more of the same and slashing costs.

No wonder Boards are struggling to figure out the right answer, as to who they should pick to lead their companies at this time.  Some are getting back founders and failing, as visionary founders do not always transform into leaders (see Jerry Yang).  Well-planned successions, like Dell's, have flopped because the environment turned hostile too fast. The net result is that several of these tech giants look so similar to what IBM was in the ‘90s - struggling to find their place in a changing world. Can they find their Lou Gerstner?

In many ways what Lou Gerstner did, as a complete outsider at IBM, was to provide classical leadership. He went in and realised soon that IBM had great people and great products.   However, the sum of the parts was not adding up to a great whole, as the culture had become very individualistic and each division was pushing its own agenda. He did not try to convert IBM into a Compaq (which had just beaten it in PC sales), or into an HP or a SUN, companies which were taking away its market in other product lines and markets). He refused to bow to the conventional wisdom of the time and break up IBM into several smaller units, or abandon its mainframe computer business. He famously stated, "The last thing IBM needs is Vision"! Instead, he focused inwards to identify the true DNA of IBM, its value and identity that was responsible for making it the great, mighty, behemoth that the corporate world had learned to rely upon for over half a century.  Gerstner realized that he needed to clearly articulate and reinforce what IBM stood for - the greatest solution provider to enterprises across the world.  He didn't import too many outside executives; instead he supported the people who were already there and keen to turn things around, to charge forward.  He inspired his team by leading from the front. But as he himself asserts, the people themselves brought about the real change – they knew the answers and they had the passion to make it work. All he did was provide a clear direction and stand behind them.

Today as we watch HP trying to become an IBM, Dell trying to become an HP and Microsoft trying to become a Google, perhaps their leaders would do well to take a look at Gerstner's legacy at IBM. Or what Steve Jobs did for Apple in the last ten years. It is easy to forget that often, the true genius of a company lies within it. It is that genius that helped a company fight mighty odds and succeed brilliantly in the past.  The right leader is one who can appreciate this and knows how to find and re-ignite that inner genius of the company. He or She could be a rank outsider like Gerstner, an ousted founder like Jobs, or a passionate insider like Larry Page…there is clearly no one formula. Identifying such leaders from wherever they are, unfettered by conventional wisdom that ties them to a shortlist of usual suspects, and bringing them onboard, is among the most critical responsibilities that boards need to perform today.

The writer is CEO, Global Executive Talent.
She can be reached at anu at globalexecutivetalent dot com