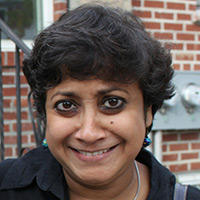 08 November, 2014
Print this article Font size -16+
The current global uproar at India’s refusal to ratify the Trade Facilitation Agreement of the WTO Bali Declaration is a classic example of how meticulously orchestrated media hype and misdirected “expert opinions” attempt to pressurise developing countries into submission at global negotiations.

India’s primary interest is the food security proposal for ensuring essential subsidies to protect the livelihoods and food of about 60-70 per cent of its population. India has every right to demand that the agreed principle of “single undertaking” of Para 47 of the Doha Ministerial Declaration be respected so that a permanent solution on food security can be reached simultaneously with the Trade Facilitation Agreement (TFA) which is and should be a much  lower priority for India.

What Is At Stake on Food Security?
The Bali Ministerial of December 2013 had granted only a temporary “Peace Clause” (PC) on the G-33’s Food Security Proposal. The Peace Clause apparently allows India to continue essential subsidies including through price support (e.g. MSP) for running public food programmes such as our PDS for an interim period “until a permanent solution is found”.

Currently the WTO frowns upon such subsidies if it exceeds a meager 10 per cent of the value of production in developing countries. The subsidy is calculated on an outdated fixed reference price (based on the very low 1986-88 prices) which artificially inflates the subsidy.

The original G-33 proposal asked for the permanent exemption of price subsidies to producers for public food programme in developing countries from WTO subsidy restrictions by changing the AoA rules. The purpose of the proposal, in particular, was to defend India’s Public Food Distribution System (PDS) especially in the wake of the recently legislated National Food Security Act (NFSA). Soon after its birth, the law had been challenged by several WTO members including the USA and Canada for exceeding WTO’s permissible subsidy limits on price support.

While most developing countries are allowed very limited domestic subsidies, the developed countries needed to cut their large domestic subsidies only by 20 per cent. Until today, the USA and the EU continue to give immense trade distorting domestic agricultural subsidies by hook or crook which have repeatedly threatened developing country farmers’ access to markets. According to Solidarite (2013), the Indian subsidy on food is only $44.6 per person while it is $170 per person in the EU and $448.7 per person in the USA. This means the EU gives 3.8 times and the USA gives 10 times the subsidy to be given by the Indian government (approximate). In 2012-13, the poor in India received on average of only 87.3 kg of food per person, 48 per cent of the 182 kg of food per person of the 80 million beneficiaries of cereals food aid in the USA or 36 per cent of the 241 kg of food for each of the 46.6 million beneficiaries of the Supplemental Nutrition Assistance Program (SNAP) or food stamp programme in the USA.

The much touted Peace Clause is unusable due to several reasons including onerous data requirements much above the level that developed countries need to fulfill for the Green Box. There are also biased interpretations of the validity period. In addition, it is limited to the AoA and does not extend to the Agreement on Subsidies and Countervailing Measures (ASCM) leaving India still vulnerable to disputes. In case of a failure to secure a favourable permanent solution, Indian agriculture, farmers and consumers will again be at the mercy of the WTO after the PC expires.

Given the rising costs of production and the lack of a level playing field for our farmers compared to their developed country counterparts, the demand to cut essential subsidies has no justification. Further, it is crucial for India to promote domestic production in order to support the PDS and fulfill the mandate of the NFSA and not be at the mercy of a speculative and concentrated global market.

Interestingly, the figure of $1 trillion that is being thrown around as the gains from the TFA fails to account for the heavy costs of compliance including potential job losses stemming from rising imports. Most of the cost has to be borne by the developing countries, often requiring a shift of financial resources from other essential development needs such as food, health and education expenses, while most of the gains will be going to the developed countries at least in the immediate-medium term.

India is in fact compliant with most of TFA requirements but it will mean opening up key services and undertaking further costs. Further, there is difference between autonomous policy moves towards trade facilitation and a binding legal commitment at the WTO.

Notwithstanding the demands from the Indian industry for agreeing to the TFA, the main impediment to the export opportunities of the Indian industry is not lack of trade facilitation measures in destination countries.  Rather it is the industry’s immaturity in the absence of an effective manufacturing policy. Without addressing this gap, the industry cannot make use of the TFA in the near future. So it is not as if the WTO signed the TFA tomorrow we will see the Indian industry suddenly seeing meteoric rise in its exports. However, imports will surely increase from developed countries once the TFA is in place putting India’s current account situation in even bigger trouble than it is in right now.

A Deal for Deal’s Sake: The Bali Deal
It is clear now that the Bali Deal is highly unbalanced. The way the developed countries sought to implement the TFA is in complete violation of the agreed WTO rules of single undertaking, where all agreements come into force together. This runs counter to the Paragraph 47 of the Doha Ministerial Declaration which says “with the exception of the improvements and clarifications of the Dispute Settlement Understanding, the conduct, conclusion and entry into force of the outcome of the negotiations shall be treated as parts of a single undertaking”.

Using exemplary strategising and pressurising, an anti development agreement like the TFA has got elevated to the stage of immediate implementation while all that Bali came up with for developing countries are temporary and best endeavour provisions. While Special and Differential Treatment (S&DT) to developing countries, for example on agriculture and industry (NAMA), has been consistently blocked throughout the Doha Round negotiations by the developed countries, the TFA, in effect representing S&DT to developed countries, is enjoying a privileged treatment.

Deadlines and Allies
In the light of the above considerations, India’s pitch for the single undertaking with the permanent solution on food security and the LDC package being pursued simultaneously with the TFA is to be hailed rather than censured, especially in light of the severe and continuous pressure exerted by DG Azevedo and the developed countries.

The media refrain of “India being alone” is actually far from true. India is not alone in this demand. It is supported by South Africa, Bolivia, Cuba and Venezuela. India also enjoys the tacit support of the G-33 (except Pakistan) as evident from the tabling of the new G-33 proposal which renews the call for immediate talks on the food security proposal. Interestingly the original demand for the application of the “single undertaking” came from the African countries including the African Union, LDC group and the ACP Group, at informal WTO meetings in June. However, the renewal of the AGOA (African Growth and Economic Opportunities Act) a preferential scheme offered by the USA, has been effectively used to silence the African countries. Still their concern with the current state of affairs is clear in the 24-25 July GC statements.

India’s stance also finds support from Indian farmers’ groups across the political spectrum as well as civil society worldwide, expressed in letters circulated recently. In a letter to the Commerce Minister dated 23rd July the farmers’ groups have challenged the government not to change its stance under any circumstances.

For India, agreeing to the TFA at this stage and on these conditions will not only be unjust it will also be a strategic blunder. It is important to remember that in spite of the G-33 Proposal being on the table since October 2012, the USA, among others, had refused to discuss it. Only the PC option presented just before the Bali Ministerial was considered after October 2013. Given the tough negotiations in the history of the WTO, India is unlikely to get a good permanent solution unless it withholds something of real interest to the developing world.

In fact, under the circumstances, India’s demand has been pretty modest and all it has asked for is a postponement of the deadline to 31 December while talks on the permanent solution on food security and the LDC package are advanced. India in fact needs to pursue the original G-33 proposed permanent solution that changes the historically unfair rules of the WTO on agricultural subsidies and should not water down its claim to a mere tinkering of the reference price through inflation adjustment or other means.

WTO deadlines are not set in stone as is evident from the infinite postponement of deals favouring developing countries. The WTO and the Bali deal can easily be saved if the developed countries show a bit of flexibility for a change.