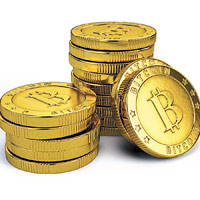 08 November, 2014
Print this article Font size -16+
Stepping into a whole new arena, the US Internal Revenue Service (IRS) said bitcoins and other virtual currencies are to be treated, for tax purposes, as property and not as currency. “General tax principles that apply to property transactions apply to transactions using virtual currency,” said the IRS statement, meaning bitcoins will be taxed as ordinary income or as assets subject to capital gains taxes, depending on the circumstances. The IRS also said bitcoin ‘miners’, who unlock new bitcoins online, must include the fair market value of the virtual currency as gross income on the date of receipt. The IRS announcement comes as a disincentive to miners who will now have to include in their bitcoin income the fair market value of the virtual currency on the date they mined it.

Pyrrhic Victory
Four years ago, JPMorgan commodity chief Blythe Masters had laid out an ambitious plan to become the top Wall Street bank in energy and metals trading. Last year, Masters achieved that goal, according to a recent report, the day after the bank announced the sale of the giant physical commodities operation she had assembled. UK analytics firm Coalition’s annual sector league table showed JPMorgan had the largest revenues of any investment bank in commodities last year, leapfrogging the previous year’s winner Goldman Sachs, which came in second ahead of Morgan Stanley. For Masters, it is something of a pyrrhic victory, with the rump of the business she built now going to Swiss commodities trader Mercuria in a $3.5-billion deal. The tables ranked BNP Paribas, Barclays and Deutsche Bank as the second tier of commodity banks.

Evening Score
Bank of America (BoA) has agreed to pay $9.3 billion to settle claims that it sold Fannie Mae and Freddie Mac faulty mortgage bonds, bringing to an end one of the largest legal headaches the bank faced since the financial crisis. BoA was accused of misrepresenting the quality of loans underlying residential mortgage-backed securities purchased by the two mortgage finance companies between 2005 and 2007. BoA’s first-quarter profits could take a substantial hit from the deal.

Minor Hitch
A US federal judge has dismissed a proposed class action lawsuit against Facebook that had accused the company of misappropriating the names and likenesses of minors who use the social network. At issue was Facebook’s use of minors’ names and photos in targeted advertising in a case that highlighted privacy concerns. The lawsuit, originally filed in Illinois in 2011, had sought to represent all minors that used Facebook and had their names used in an ad. The judge ruled that the minors gave their consent when they signed up for Facebook under a “statement of rights and responsibilities” that governs the site.

Value Addition
Online home-rental marketplace Airbnb is said to be in advanced talks with private equity firms, including TPG Capital Management, to raise funds that will value the firm at around $10 billion. TPG is likely to lead the funding round, which could exceed $400 million, according to a US-based newspaper. A valuation of $10 billion would make Airbnb worth more than Hyatt Hotels, which has a market value of $8.43 billion, and Wyndham Worldwide, valued at $9.39 billion.

Out Of The World
The Hasselblad 500, a camera that was part of the equipment carried by the 1971 Apollo 15 mission, was sold for €550,000, according to Vienna auctioneers Galerie Westlicht. The gallery initially described the Hasselblad as the only camera ever brought back from the moon but later said it was one of several, after some experts questioned that claim. Galerie Westlicht identified the new owner as Japanese businessman Terukazu Fujisawa, owner of an electronics chain. The bidding had started at €80,000.

Gender Bender
More women are sitting on the boards of Britain’s biggest companies but the glass ceiling is yet to crack, with most top jobs still held by men and companies needing to do more for gender balance, a report by former trade minister Mervyn Davies showed. The latest of three British government reports on gender in boardrooms found women now hold a fifth, or 20.7 per cent, of board positions in FTSE 100 companies, up from 17.3 per cent in April 2013 and 12.5 per cent in 2011, but well short of a 2015 target of 25 per cent.

Lend A Hand
The European Central Bank (ECB) could buy loans and other assets from banks to help support the euro zone economy, Germany’s Deutsche Bundesbank said, marking a radical softening of its stance on the contested

policy of quantitative easing (QE). The ECB has cut interest rates to a record low and promised to keep them low for some time, having also flooded the banking system with cheap crisis loans. But the euro zone economy is still weak and inflation remains stuck well below ECB’s target, thus opening the door to one of the most divisive policy options — QE.

Anxiety Run
Indicative of the growing nervousness among the Chinese about the impact of slowing economic growth on financial institutions, on 25 March, hundreds of people rushed to withdraw money from the branches of two small Chinese banks after rumours spread about the solvency of one of them. This reflects the anxiety among

investors as regulators signal greater tolerance for credit defaults. This case highlights the urgency of plans to put in place a deposit insurance system to protect investors against bank insolvency. Regulators have said they will roll out deposit insurance as soon as possible.

Powering Ahead
Honda Motor and Toyota Motor plan to launch fuel-cell vehicles in the consumer market in 2015, with each producing around 1,000 eco-friendly cars a year, according to a report in a Japanese newspaper. The automakers now offer fuel-cell cars on lease, with users centering on municipalities and businesses. Initial prices of these zero-emission vehicles, which cover longer distances than electric cars, will be set below 10 million yen ($97,700). Honda is developing a sedan that it plans to roll out as early as November 2015, which will be able to travel about 500 km on a single charge — twice the range of an electric vehicle; while Toyota, the global leader in hybrid vehicles, intends to release a sedan in Japan, the US and Europe in 2015, and by 2020, the automaker intends to lift annual output to tens of thousands of units.