Victory For All, At Last 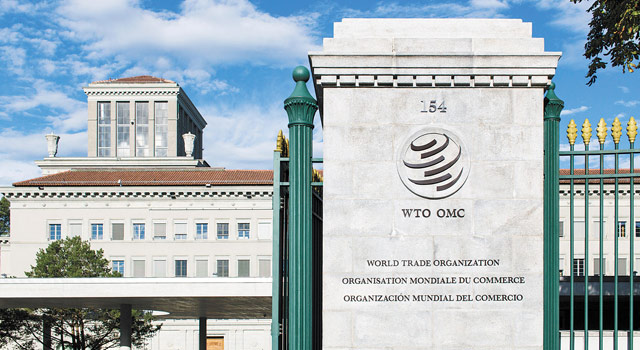 10 December, 2014
Print this article Font size -16+
The adoption of the Trade Facilitation Agreement (TFA) by the World Trade Organization (WTO) on November 27 is undoubtedly the most significant development in the 20-year history of the 160-nation grouping. It proved that WTO, the world’s biggest multilateral forum for international trade, is still relevant in the age of increasing bilateral and regional trade blocs and pacts among nations.
The TFA pact, which some believe will add $1 trillion to the global economy and 21 million jobs worldwide over a period of time, was part of the Bali Package — a bunch of consensus agreements— announced after the Ninth Ministerial Conference of the WTO in Bali, Indonesia from 3–7 December 2013.
While the UPA government was part of the Bali deal, the Modi government had decided not to ratify the TFA protocol until its concerns relating to the implementation of the Bali Package, specifically a decision on public stockholding for food security purposes, was addressed. In that sense, India deserves credit for the latest deal as it was the only member nation holding up the TFA ratification.
India’s stubborn stand, though criticised by many countries, seems to have had its impact. As commerce minister Nirmala Sitharaman states, India’s “principled stand” was vindicated as it succeeded in resolving these issues with member nations (read the US) and persuading them to support India in the WTO on our requirements.
“The General Council Decision on Public Stockholding for Food Security Purposes is a new, unambiguous decision,” she says.
“It makes it clear that a mechanism, under which WTO members will not challenge the public stockholding programmes of developing country members for food security purposes, in relation to certain obligations under the WTO Agreement on Agriculture, will remain in place until a permanent solution has been agreed upon and adopted.”
She is correct in her claim as the earlier peace clause was time-bound and not perpetual. However, concerns remain. The terms of the peace clause are restrictive. Onerous data filing requirements, the need to prove that the subsidies are “non-trade distorting”, and that it does not affect the food security of other countries, will be a nightmare for Indian bureaucrats. As civil society groups point out, the clause does not provide umbrella protection: there can be other ways to penalise India for its food security programmes. One such exclusion is the Agreement on Subsidies and Countervailing Measures. The clause is also limited to “existing programmes” thereby impacting India’s ability to expand its current programmes, if need be.
While it may take years to understand the benefits India will reap out of TFA, the limitations of the peace clause may be visible much faster. The maximum that India deserves for helping conclude a WTO deal is a pat. But certainly, no euphoria!
(This story was published in BW | Businessworld Issue Dated 29-12-2014)
Tags assigned to this article:
magazine wto upa nda joe c mathew issue9list tfa magazine 29 december 2014