Mumbai (Maharashtra) [India], December 30 (ANI): By sharing an intriguing clip featuring a walk amid the fields, actor Varun Dhawan on Wednesday announced a wrap on the first schedule of 'Jug Jugg Jeeyo' in Chandigarh.
The 'Student of The Year' actor hopped on to Instagram and shared a video that showcased him wearing a 'Jug Jugg Jeeyo' printed black hoodie.
The clip shows the 'Badlapur' star, as he takes a slow walk amid a field in a foggy morning. Adding to the mood of the post is the 'Ganpati Bappa Mourya' song in the backdrop. 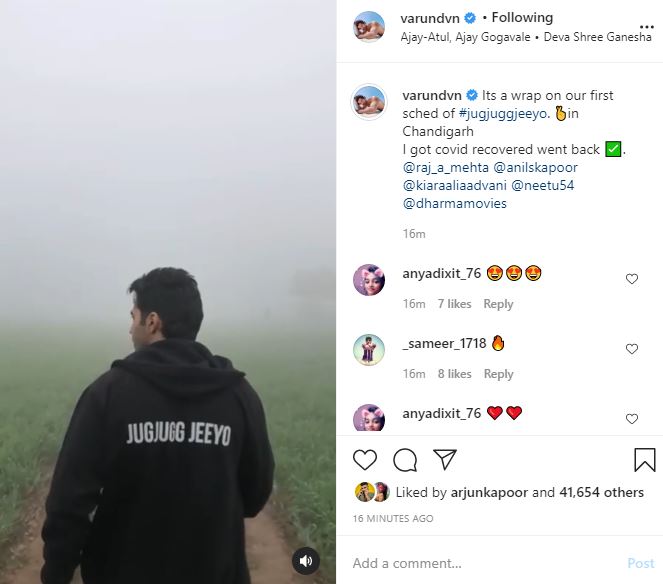 Announcing the wrap on Chandigarh schedule, Dhawan wrote in the caption, "Its a wrap on our first sched of #jugjuggjeeyo. (fingers crossed emoticon) in Chandigarh. I got covid recovered went back." @raj_a_mehta @anilskapoor @kiaraaliaadvani @neetu54 @dharmamovies."
With the post hitting the photo-sharing platform, celebrity followers including Arjun Kapoor and more than 41 thousand fans liked it, while many left red heart and fire emoticons.
Directed by Raj Mehta and produced by Hiroo Yash Johar, Karan Johar and Apoorva Mehta, the romantic-drama stars Anil Kapoor, Neetu Kapoor, Varun Dhawan and Kiara Advani in the lead roles, alongside YouTuber Prajakta Koli and TV show host Manish Paul. (ANI)