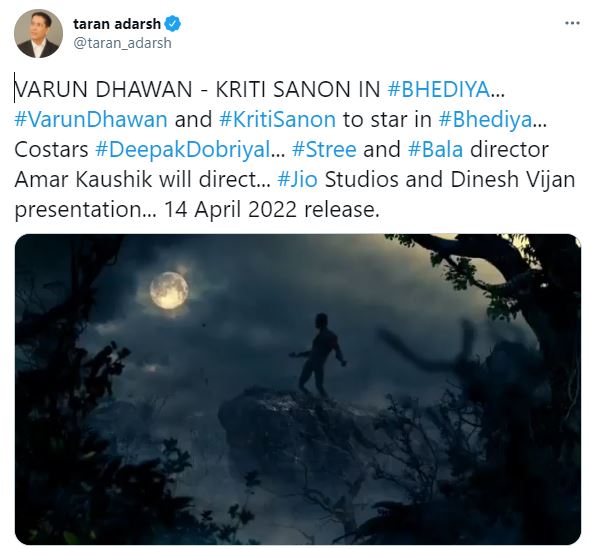 Along with the tweet, Taran also shared the teaser of the upcoming flick which reveals the vibe of the horror-comedy film. The teaser ends with a wolf growling, teasing fans to guess the wolf to be Varun, while Kriti's look has been kept under wraps. 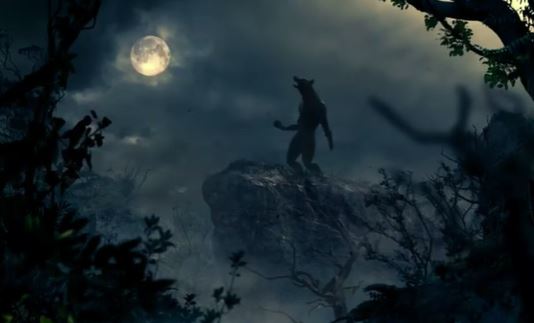 The star cast of 'Bhediya', Varun and Kriti also shared the same teaser on their official Instagram handles with an apt caption that reads, "#BHEDIYA ka pranaam #stree ji aur #roohi ji ko."
The caption also disclosed the release date of the film, which is April 14, 2022.

This horror-comedy drama will mark the 'Badlapur' star and 'Heropanti' star's third collaboration with each other after sharing screen spaces in 2015 rom-com 'Dilwale' and 2019 'Kalank'.
'Bhediya' will bring together the dynamic duo of producer Dinesh Vijan and director Amar Kaushik, who also helmed the 2018 blockbuster movie 'Stree'. Starring Kriti Sanon, Varun Dhawan, Abhishek Banerjee, and Deepak Dobriyal, the story is written by National Award Winner, Niren Bhatt who also wrote intriguing scripts for 'Bala', 'Made In China', 'Wrong Side Raju'. (ANI)