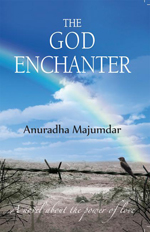 Reclaiming Oneself
The Quest Of The Sparrows by Karthik Sharma and Ravi Nirmal Sharma is the latest adaptation to the template of 'rediscovering thyself' through a road trip novels. The birds (in the title) are a metaphor for an independent existence, unencumbered by past or future concerns. The book delineates an expedition undertaken with the hope that it will deliver life changing insights to its participants and follows a fluid narrative that cascades across diverse lands and people.

At the pivot of this journey is Partibhan, a spiritual guru forced to adopt this vocation because of  extreme poverty.   His father bequeaths a prodigiously monetised trust with a proviso that he continues his father's legacy, and he is compelled to fill in his father's shoes.

As a parallel, the authors present Nikhil's perspective whose participation in the road trip is motivated by an acute need to salvage his personal life. His marriage is on the rocks and his daughter has left him. The final account is offered by Sanjeev, a detective who is paid to spy on the guru with a hope of unmasking and bringing out some dirt on him.

In addition to these central characters, several other people constitute the road-trip group and their lives converge to form individual sub themes that run parallel to the main story. The book borrows heavily from the much hackneyed theme of undertaking peregrinations for self discovery and frequently quotes Sparrows as a symbol of life unshackled by any previous issues and botheration.  Borrowing heavily from the hackneyed themes on journeys of self discovery, the book repackages the idea of self awareness for achieving self actualisation.

Ancedotes From Adoloscence
Sudeep Chakravarti's bovel Tin Fish  is a candid account of life in a prestigious boarding school. It is the coming of age story of Barun Ray, a boy from Kolkata who is packed off to Mayo College in Ajmer for his education and in the hope that he shall become equipped to storm the ultimate citadel of his parent's choosing: the Indian Foreign Services.  Barun is joined in his school by three more mates who are rechristened on the basis of their quintessential traits, Fish:a champion swimmer, PT Shoe: a blue blooded prince and Porridge, whose sole comfort in his school was the porridge served during meals.

What follows is the proverbial growing up story  marked by rites of passage — death of parents, falling in love, public humiliation — as these boys traverse the journey from adolescence to manhood and learn to grapple with their idiosyncrasies, ultimately forging a bond which cements their education. The story of these four characters is emblematic of stories that unfold in hostels across India. Their hostel epitomises a melting pot where several incompatible souls are housed together with the ostensible motive of bettering their future prospects.

A journalist by profession, Chakravarti has been a student of Mayo College and later St. Stephens College in the University of Delhi. He has gained a foothold in the hallways of fiction by virtue of this book. It is to his credit that he is able to marshal his own experiences in the form of story which is both illuminating and entertaining. The language is crisp and written in a journalistic style. Comparisons with similar books, such as The Catcher In The Rye are imminent but the novel should be read as a standalone book that has the undertones of 70's era peppered all over it.