Uttar Pradesh To Use Drones In Crowd Control 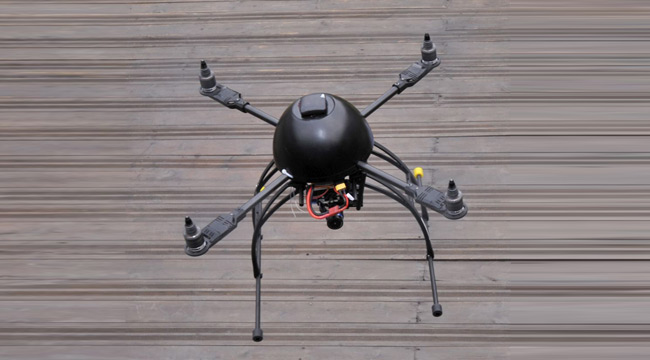 06 April, 2015
Print this article Font size -16+
Drones will soon perform a special task in the state capital apart from functioning as eyes in the sky with the Lucknow Police planning to use them for dispersing mobs.
These little unmanned mini-choppers are already in use in various sensitive parts of Uttar Pradesh for taking aerial snaps, but for the first time the hi-tech gadget will be used to control unruly crowds.
"We have purchased five drone cameras with capacity of lifting two kg weight. They can be used to shower pepper powder on an unruly mob in case of any trouble," Senior Superintendent of Police Yashasvi Yadav said.
The drone camera, he said, made its debut in the city when the district administration deployed the device for surveillance last year during Muharram and also during the Lucknow Mahotsav and Republic Day parade.
"We had used drone cameras and they were so effective that we have decided to purchase them instead of hiring them. They will be used throughout the city for aerial surveillance," the SSP said.
Lucknow Police will probably be the first in the country to have such hi-tech surveillance gadget, he said, adding drones will assist not only in checking crimes but also in keeping a track of criminals.
Unmanned aerial vehicles (UAVS), also known as drones, are aircraft either controlled by 'pilots' from the ground or follow a pre-programmed mission. The UAVs have propellers spinning at the end of its eight spidery arms.
The drones, which can cost up to Rs 6 lakh each, can fly up to 600 metre in a one-kilometre radius, Yadav said, adding that the drone surveillance will be formally launched by Chief Minister Akhilesh Yadav later this month.
These sentinels in the sky have been seen buzzing in several Hollywood movies. No wonder, some cine stars have evinced interest in the launch of the system here and are likely to be present at the launch event, the SSP said.
Uttar Pradesh Police had recently used drone cameras in Ayodhya to monitor Vishwa Hindu Parishad's 'Ram Mahotsava' on the occasion of Ram Navami.
Drone cameras were used for crowd management and also to monitor activities of people there.
Under the police modernisation initiative, a modern control room that manages the 'Dial 100' helpline in the city, has already been set up here. This control room will monitor the drones, the SSP added.
(PTI)
Tags assigned to this article:
news 7 robotics technology uttar pradesh police akhilesh yadav unmanned aerial vehicles drones yashasvi yadav