Use Money To Migrate 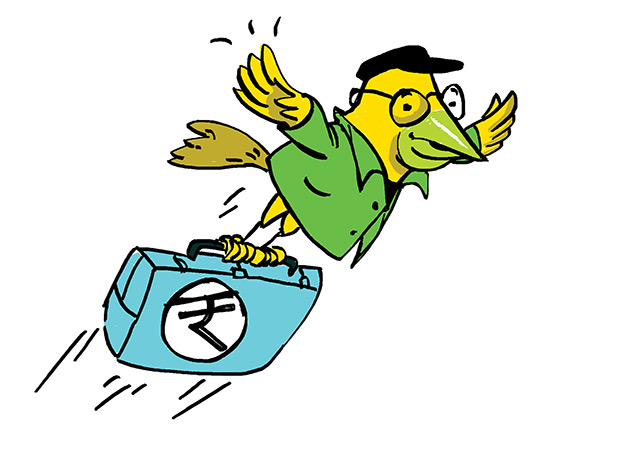 If you are thinking why Latvia, well, an apartment in the Baltic state, under the country’s real estate investment package, could get you a residency permit with a five-year validity that could later become the basis for your permanent residency visa of that country. Plus, Latvia, which has a gross domestic product growth rate of over 5 per cent, is part of the ‘Schengen area’ and the euro zone. That means, if you become a temporary resident of Latvia, you get to move around (and live) in 26 European countries. Now isn’t that so much better than waiting for years to get a residency visa of France or Germany.

“Indians are warming up to the idea of investing in lesser-known countries to get an access to continental Europe. A simple Latvian residency permit allows people to travel across Europe and start a business anywhere they want,” says Satish Kumar Bhargava, director, Crown Immigration Consultancy Services, which specialises in migration to some of the least explored countries on the planet.

If you are still not convinced about having a Latvian address, you can consider similar options in countries like Greece and Spain. “Recession-hit countries have cheaper migration plans,” says Bhargava. To get an entry to such countries, you have to invest about €250,000 –300,000 (Rs 1.6–2.2 crore) in their government or government-approved (infrastructure, industrial or investment) projects.

“Invest €250,000 in Greece and you will be eligible for permanent residency in five years. Your investment has a lock-in period of five years. After the term, you can redeem your money, but your residency permit stays for a lifetime. And residency status is not limited to you; it covers your immediate family (spouse and kids below 18 years of age),” explains Bhargava.

Rich & Talented Are Welcome
Almost all developed and even some developing countries encourage immigration. The reasons are different for different countries. Developed countries such as Australia, the UK, New Zealand and Germany, among others, welcome mostly highly skilled migrants. This is done to corner brain power, technical skills and capabilities. But countries such as the US and Canada take in migrants to staff their service sectors and to balance their skewed demographic ratio. Stressed economies welcome foreigners in the hope that migrants will invest in their countries.

There are three broad ways to migrate. Opting for overseas education used to be the most popular route until about a decade ago with migrants landing steady jobs after their academic stint. But over the past few years, with localisation policies in place, finding a job has become difficult for migrants. Students from universities in countries such as the UK are forced to return home as they cannot find lucrative jobs.

The second way to settle abroad is by getting an overseas job posting. Overseas job aspirants again face almost similar constraints as students studying in foreign universities. Permanent overseas assignments are hard to come by unless you are a specialist (in a certain area) or a highly skilled technical hand. And even if you do land such a job, there is no certainty that you would get a permanent residency visa as the employer has to sponsor it. What’s worse is, if you lose your job (while on a job visa), you may not be allowed to stay in that country for more than three months; so three months is all you have to find a new employer to re-sponsor your job visa.

The third option (and presumably the easiest) is to flash your money and migrate. Almost all countries ­—  even highly developed ones like the US and Germany — welcome rich migrants who have money to invest in their economies. A few crores — that you may otherwise spend buying a shoe-box apartment in suburban Mumbai or a reasonably decent flat in Delhi — could earn you residency in a country of your choice.

The upshot is that if you are really keen to relocate to a fancy foreign country, you ought to hit the ‘invest-to-migrate’ road.

America Calling
Uncle Sam attracts more migrants than any other country. While its doors are still open for high-skilled migrants (through student and job visas), the US is now looking for foreigners who can invest in the country. Its ‘EB-5 immigrant visa programme’ is an invitation to non-Americans to come and live the ‘American dream’.

The EB-5 programme has two broad divisions —the direct investment route and the regional central (investment) programme. The former is quite cumbersome as it involves starting a new business and creating at least 10 full-time local jobs. A person taking this route will have to invest at least $1 million (about Rs 6.3 crore) in a business in that country.

The regional central investment programme, on the other hand, is simpler and cheaper. All you have to do is invest (as a limited partner) $500,000 in a government-approved EB-5 project in America. The investment is redeemable after five years. You can even pocket a 0.5-1 per cent return if you invest in a profitable venture. The investor gets a green card (for himself and his immediate family) with a five-year validity for his investment.

He also says that even though EB-5 is a “paid route” to getting a residency permit in the US, the application process is very stringent. “The immigration authorities will do a thorough background check before letting you in. You should not have a criminal background. Also, your investments should be made through banking channels; so no illegal/undeclared funds can be routed there. If all goes well, the investor gets his green card in a year’s time.”

A green card-holder can apply for US citizenship after five years. Till such time, he can use his Indian passport to travel overseas. A US green card-holder has all the rights of a citizen of the country except the right to vote and serve on a jury panel.

“Our clients are mostly young Indians who want to have a base in the US by the time their kids go to college. College admissions are easier for kids who have a green card status. Their fees are much lower than international students, plus financing options (loans et al) are cheaper too. Also, green card holders earn better than their peers on job visas,” explains Joshi.

Entrepreneurs, This Way!
It’s not only the US that is trying to attract investors and entrepreneurs. Canada, Germany and Australia too have similar plans, with investment corpus ranging from
Rs 75 lakh to Rs 3 crore (see Go Places).

“EB-5 is an expensive immigration plan; there are other countries with cheaper options. But  America commands premium valuation because it offers more opportunities,” says immigration consultant Anshul Singhal of Y-Axis Overseas Careers.

Ireland, Dubai, New Zealand, Singapore and Malaysia are among countries that welcome entrepreneurs to their soil. “UK has an entrepreneurship visa programme, but it’s very stringent. Getting a UK entrepreneur visa is still very difficult,” says Singhal. Barring enquiries from well-to-do small and medium enterprise owners, the entrepreneur visa route is yet to gain popularity among Indians.

New Frontiers
Apart from the regular names, immigration consultants also have a list of developing African and Latin American countries that have ‘invest-to-migrate’ immigration policies.

“Caribbean states have ‘direct permanent residency plans’ if you are willing to invest in those economies. Brazil has a residency plan (for foreign entrepreneurs) starting at $65,000. Several African and CIS countries have migration plans for entrepreneurs. People go to under-developed countries to get a headstart in business there. They hope to trace the growth of these economies,” says Bhargava.

Those wanting to relocate should understand the dynamics of adopting a new country. It is advisable that you should chew on the idea for at least a few years before starting the actual process.

And while you are at it, you must understand that  the grass is not always greener on the other side. So think before you make the move.