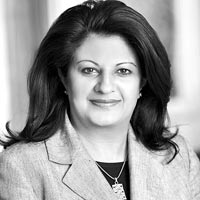 Playing Safe
In a surprise gesture that gave a fillip to the stockmarkets, the new president of European Central Bank Mario Draghi announced a cut in interest rates — a quarter point to 1.25 per cent. That said, Draghi did not offer much on stepping up the central bank's bond-buying plan to support unwell members such as Spain and Italy.

Small Ones To Take A Pie
Google knows small is big. It has announced a low-cost scheme to help small Indian businesses start their own websites as the country's booming economy increasingly moves online. Firms can set up and maintain basic websites to boost their Internet profile and find new customers. Registry costs and all technological support on building the portal would be free for a year before monthly pay-as-you-go fees kick in.

Fuel On Fire
Call it an unnecessary evil if you wish. Citing fluctuations in crude oil import rates, oil firms in India have hiked petrol prices again —by Rs 1.80 per litre this time. The rise came on the day when food inflation rose to nine-month high of 12.21 per cent. "It will have some adverse impact on inflation," admits finance minister Pranab Mukherjee.

Striking Moolah
Thirty workers at Maruti Suzuki's Manesar plant, who were suspended during the recent labour strike, have resigned from the company, after their final settlement. The leader of the strike reportedly walked away with Rs 40 lakh.

Sun To Come Closer
Thanks to surging global capacity, the cost to produce solar energy could fall by over 40 per cent by 2015, allowing the industry to compete without taking government subsidies, says V. Saibaba, chief executive officer of solar plant builder Lanco Solar.

All For Shale
State-run gas utility Gail India will invest $1 billion in shale gas assets in markets such as the US and Canada, says its CMD B.C. Tripathi. The investment will take place in one year's time. "Shale gas is the future of natural gas because it is going to be one of the major sources of supply," says Tripathi.

Upward Trajectory
IT firms are back with their spunk. Nasdaq-listed Cognizant Technology Solutions grew 31.6 per cent in revenues to $1.6 billion during the quarter ended 30 September, against $1.2 billion a year ago. Cognizant outshone its rival Wipro, whose IT services revenues in the quarter was $1.47 billion. But overall, Wipro's quarterly net profit grew 1.2 per cent from a year earlier.

A Strong Call
Telecom operators Bharti Airtel, Vodafone Essar, Idea Cellular and Tata Teleservices have jointly asked the telecom ministry to refund money to the operators or re-run the 3G spectrum auction, if their roaming agreements are not considered permissible as in the licence conditions.