Unitech To Sell Its Uninor Stake To Telenor 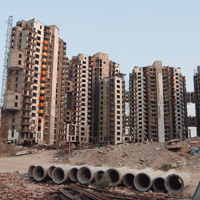 08 November, 2014
Print this article Font size -16+
Realty firm Unitech has said it would exit from telecom joint venture with Norway's Telenor by disposing of its entire shareholding in Uninor and both the parties have amicably settled all legal disputes between them. Telenor wanted to scrap the JV with Unitech and migrate the business to a new company to seek fresh operating licences as the JV's 22 telecom permits were among the 122 quashed by the Supreme Court in February.
Both the partners had filed cases against each other in courts and Company Law Board. In the JV, Telenor has 67.25 per cent stake, while Unitech's shareholding is 32.75 per cent.
"Telenor and Unitech are pleased to announce that on 10 October 2012, they have reached an agreement to amicably settle all disputes between the two parties," the realty firm said in a statement. As per the agreement, Unitech and Telenor have agreed to transfer the business in Unitech Wireless (which operates under Uninor brand) to a new entity controlled by the latter.
Unitech said it has "agreed to dispose of its shareholding in Uninor for a nominal amount" and its nominees will withdraw from the Uninor Board with immediate effect. "Subsequent to a successful business transfer and spectrum auction, all disputes and claims between the parties would be withdrawn," the statement said.
With the settlement of disputes with Telenor, Unitech Group will focus on its core business of real estate and monetise its land parcels across the country to enhance the stakeholder's value.
"We are pleased with the settlement reached between Unitech and Telenor. All existing disputes with Telenor are suspended and will be withdrawn upon successful transfer of business of Uninor to a new entity controlled by Telenor," Unitech Chairman Ramesh Chandra said.
(PTI)
Tags assigned to this article:
india corporate news 4 unitech uninor telenor real estate norway joint venture ramesh chandra