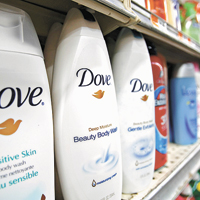 08 November, 2014
Print this article Font size -16+
Unilever will keep investing in emerging markets like India even though growth is slowing, Chief Financial Officer Jean-Marc Huet said, pointing to the group's increased stake in Hindustan Unilever as a long-term bet.

"Yes there is a slowdown in emerging markets, but if you're in the consumer business, you should be where people are, and this is where aspiring consumers are," Huet said at the Reuters Global Consumer and Retail Summit on Tuesday.

"We continue to invest."

Unilever, the Anglo-Dutch maker of Hellmann's mayonnaise, Lipton tea and Dove soap, generates about 57 per cent of its 51 billion euros of annual sales from developing and emerging markets, a fact that has weighed on its shares as growth has slowed in India and other markets such as Indonesia.

But Huet said there was absolutely no change whatsoever in his view on Unilever's move in July to raise its stake in Hindustan Unilever to 67.3 per cent from 52.5 per cent.

Even with a record weakening in the Indian rupee last month, the investment is still sound, Huet said of the deal, valued at Rs 19,174 crore, or 2.49 billion euros at the time.

"Financially it's absolutely intact, but the real reason why we're doing it is long term," he said. "That was not a very value-creating exercise, because you buy a stake without taking costs out, synergies which usually support the premium ... so it really is a bet on the long-term."

In India, Huet said the collapse of the rupee had dented business self-confidence.

"I'm not talking about Unilever, but just overall ... you just feel as if India has gotten a hit to its confidence," he said. "Confidence being the driver of everything at the end of the day, that's an area that doesn't feel as good as 12 months ago."

Slower Emerging Markets
Like many multinational companies, Unilever has turned to emerging markets to compensate for slower sales in the more mature markets of western Europe and the United States.

It has a greater emerging market exposure than many of its peers, which include Reckitt Benckiser, L'Oreal , Procter & Gamble, Beiersdorf and Colgate-Palmolive.

The emerging market slowdown has weighed on Unilever's shares, which have underperformed many stocks in the home and personal care sector. The stock has fallen nearly 16 percent since May.

But some analysts think the sell-off is overdone. Deutsche Bank this week upgraded Unilever's stock to "Buy" from "Hold," saying the concerns were exaggerated and that earnings growth should begin to mirror a recent improvement in sales growth.

By contrast, Procter & Gamble trades at close to 18 times 2014 earnings, according to Reuters data, while Nestle trades at 17 times.

Unilever's total shareholder return has been 10.4 percent over the last decade, according to Deutsche Bank, lagging the 13.1 percent average return of the global home and personal care industry.

It sold Skippy peanut butter to Hormel Foods for $700 million in January and agreed in August to sell Wish-Bone salad dressings to Pinnacle Foods for $580 million. In August 2012, it sold its frozen meals business to ConAgra Foods for $267 million.

When asked about speculation about a sale of Ragu pasta sauces, another North American brand, Huet said it was important as a generator of cash.

"Management needs to learn to turn around the business rather than just sell your problems," Huet said. "It's a little more complex than just buy, hold or sell."

From a financial perspective, he said Unilever needed to balance selling brands with buying them. "Were we to make an acquisition, then perhaps you could accelerate one or two disposals," he said. "But it's largely pruning and nothing else."