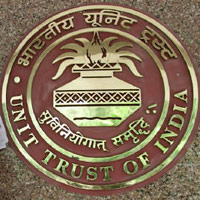 UTI, in which U.S.-based asset manager T.Rowe Price Group holds a 26 per cent stake, had been operating without a head since its previous chairman and managing director, U.K. Sinha, departed in February 2011 to take the top job at Securities and Exchange Board of India.

Puri, who previously worked with McKinsey and Co and Warburg Pincus, has long been tipped to be the next UTI chief. However, disagreements between T.Rowe and UTI's four Indian stakeholders stalled the appointment.

Previous media reports noted the disagreement from T.Rowe was over Puri's lack of asset management experience in the fund industry. T.Rowe and Puri were not immediately reachable.

Puri has been appointed managing director, UTI said in a statement on Wednesday. The role would involve the day-to-day running of the asset management company. However, UTI did not say in the statement whether Puri would also be appointed chairman.

Sinha had been joint chairman and managing director at UTI, and the fund house had initially looked for a person to fulfil both roles.

A UTI spokeswoman declined to comment beyond the statement.