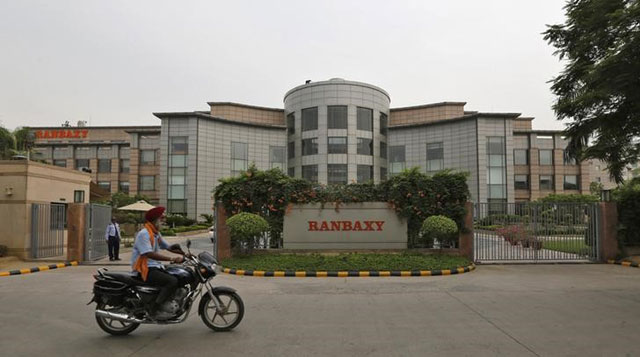 05 June, 2015
Print this article Font size -16+
Generic drugmaker Ranbaxy Laboratories Ltd has been sued in a district court in the United States for allegedly manipulating U.S. Food and Drug Administration rules for years to keep rival generic drugs out of the market.
Ranbaxy filed "grossly inadequate" applications seeking approval for its drugs and deceived the FDA into granting approvals and giving the company market exclusivity, the class action lawsuit asserts. It was filed by U.S. retailer Meijer Inc on Tuesday in the U.S. District Court in Massachusetts.
The suit also names India's largest drugmaker Sun Pharmaceutical Industries Ltd, which completed a $3.2 billion deal to buy Ranbaxy in March and is now helping Ranbaxy fix its manufacturing problems.
A Sun Pharma spokesman declined to comment. Ranbaxy did not immediately respond to a request for comment outside of regular business hours.
Ranbaxy repeatedly made misstatements to the FDA about the compliance status of its manufacturing plants, the lawsuit says.
The FDA has banned import of drugs from all of Ranbaxy's India-based plants under a wider scrutiny of the country's $15 billion pharmaceutical industry, which is the largest supplier of generic medicines to the United States.
In 2013, Ranbaxy pleaded guilty to felony charges related to drug safety and agreed to civil and criminal fines of $500 million in a settlement with the United States to resolve claims that it sold substandard drugs and made false statements to the FDA about manufacturing practices at its plants.
The lawsuit says customers overpaid for Roche's antiviral Valcyte and Novartis's hypertension drug Diovan because the release of generic versions of both drugs was delayed due to Ranbaxy having wrongfully gained market exclusivity.
Drugmakers that are first to file with the FDA to make a generic version of a brand name drug are entitled to a six-month market exclusivity, a huge revenue-generating opportunity that many companies like Ranbaxy compete for.
The FDA in November last year stripped Ranbaxy of a tentative approval and six-month exclusivity it gave the company in 2008 for launching a Valcyte generic.
Meijer has sought damages and monetary relief on behalf of all direct purchasers of drugs for which the release of cheaper copies was delayed due to market exclusivity secured by Ranbaxy, according to the lawsuit.
Tags assigned to this article:
ranbaxy sun pharma class action suit