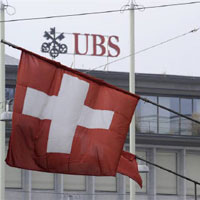 08 November, 2014
Print this article Font size -16+
UBS downgrades India to "neutral" from "overweight" and upgrades China to "overweight", saying Plenum reforms will likely cause China to outperform Asia ex-Japan for the next few months.

"We still like India - our thesis of weak capex equals higher return on capital still holds. But it is a longer-term theme and for now we believe a Chinese re-rating is likely to steal the limelight," UBS says in a report.

UBS adds that its strategist are positively surprised by the scope and tone of the Plenum document, and says the prospect of reforms will narrow the valuation gap of China to the region.

The initial outline published at the end of a four-day conclave of China's top leadership disappointed markets with its lack of detail and its ambiguity. But a more elaborate account released on Friday won praise for its ambition and scope.