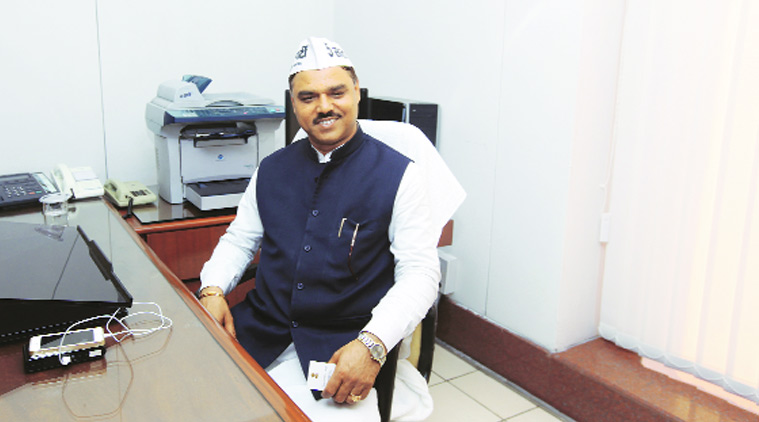 10 June, 2015
Print this article Font size -16+
Jitender Singh Tomar, the law minister of Delhi has been arrested by Delhi Police, after an FIR was lodged against him last night (8 June) on charges of cheating and forgery. However, Delhi Police commissioner BS Bassi, has said that he is unaware of the developments. (Read Full story)
Aam Aadmi Party leader Sanjay Singh tweeted about his detention at around 11 am today, and also hit out at the Modi Government for trying to pressurise the Delhi Government. He has also voiced his dissent through a series of tweets questioning the move, since the case is already pending in the court.

The Congress meanwhile has demanded the resignation of Tomar.
The law minister will be produced before Saket Court at 2 pm.
This comes even as the political turf war between the ruling Aam Aadmi Party and LG Najeeb Jung has been making headlines, and AAP leaders hurling accuses at both the BJP and Najeeb Jung for trying to control Delhi.
Yogendra Yadav, who had been ousted from the party in a rather unceremonial manner hoped that the Kejriwal-led Government come clean on the matter.
Tags assigned to this article:
politics news 7 twitter aap jitender singh tomar