Twenty Cos From India Among 100 Global Challengers: BCG 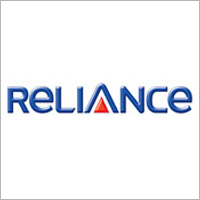 08 November, 2014
Print this article Font size -16+
Twenty Indian firms including RIL, Infosys and Bharti Airtel are among the 100 'global challengers' that are not only reshaping their respective industries but are also outpacing established players from the West, according to the Boston Consulting Group.

According to a report 'BCG Global Challengers 2013', released globally today, these 100 companies from the emerging markets are outshining household names in the US and Europe and are having a "profound impact on the global economy".

These 100 companies are from 17 countries including China, Brazil, Chile, Egypt and South Africa. Besides, firms from Colombia and Qatar joined the list for the first time. The list has 30 companies from China followed by India (20), Brazil (13), Mexico (seven), Russia (six) South Africa (5).

The study said in the past five years, these companies have added 1.4 million jobs, while employment at the non-financial S&P 500 index constituents stayed flat.

"If ever there was a wake-up call for business leaders in the West, this is it," said David C Michael, co-author of the report. "We have been monitoring the rise of global challenger companies for nearly a decade, and the ambition of these companies... has never been stronger," he added.

Of the total 100 companies, 26 are new entrants. Many new names have displaced firms from Brazil, Russia, India and China.

These BRIC nations once had 84 firms on the list, but now have 69.

The report said the number of state-controlled companies on the list has fallen from 36 in 2006 to 26 this year. The new list includes representatives from the financial services, health care equipment, electronic commerce, industrial-goods, commodity companies and services among others.